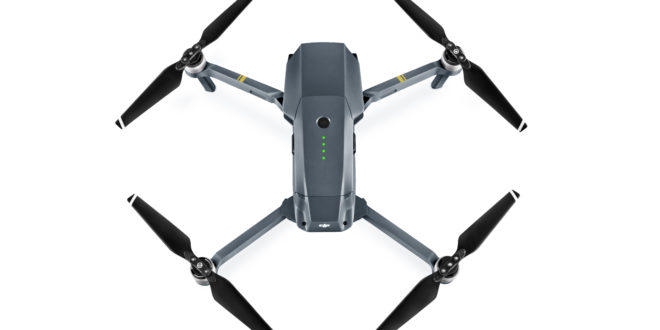 The DJI Mavic Pro: A DroneLife Hands On Review

The unit I bought arrived as a Christmas gift just a couple of days prior to the day but as soon as weather allowed (a very impatient week) I ventured out for a series of test flights to put together this quick first impression. I won’t waste your time parroting back design specs and sales promotion material. You can easily find that information on the DJI website or with a number of other reviews. My goal is give honest hands-on feedback that will help you evaluate whether or not you should spend your hard-earned money for a product.  Smart people learn from their mistakes but the really smart folks learn from other people’s mistakes and if my drone mistakes can help you avoid them then that’s a silver lining for me!

For starters the Mavic is a bit startling when you first pull it out of the box.  It’s small compared to other drones I’ve owned yet it has a solid feel that tells you, “This isn’t a toy”.  The substantial nature of the Mavic was further displayed when I unfolded it and gave it a thorough examination. DJI put in substantial time integrating everything they’ve learned from their previous platforms into the Mavic development project.  There are a lot of great things about the Mavic, though some I don’t necessarily plan to use.

For example, I haven’t figured out any personal situations when I’d prefer/need to fly the Mavic without the radio controller and have the familiar feel and benefit of the control sticks.  But you can flick a little switch on the craft to fly via Wi-Fi from the DJI Go app on your phone instead of using the controller.   The only utility that I can currently think of for this feature is if the controller ran out of juice and your phone still had battery power left.  It’s not as precise to fly this way, and the range is shorter, but I guess it could have utility for someone, perhaps if you were bringing along the Mavic for a backcountry hike and didn’t bring along an auxiliary power source.  But still, the RC battery lasts as long on a charge as a number of used smartphones, so I’m still wondering about the practical need for the feature.

With the excellent built in GPS/Glonass positioning capabilities of the Mavic, stability in windy conditions was very impressive, particularly for such a lightweight flyer.  Fingers off the sticks and the craft is very quickly hovering in a rock solid location with minimal drift.

When shooting video or photos remember to tap the focus on your screen for sharpest results.  I’ve seen instances of less than crisp Mavic media when it’s left to the camera’s default focus.

Tripod mode is a cool new feature that retards the speed limits of the craft to a maximum of around 2.5 mph to help keep you out of trouble when flying indoors.  A lot of people forget that what seems like a relatively small distance outdoors quickly translates to a relatively large distance indoors.  I learned that the hard way years ago when I inadvertently trimmed the top of a previously decorative palm in my living room with the blades of an early generation Phantom.  Tripod is a great feature for shooting indoor real estate pieces, for example.

I haven’t seen this mentioned elsewhere, but when I hovered the Mavic in front of me and raised my open hand underneath it toward the bottom of the craft, the ultrasonic sensors quickly detected the approaching hand and raised the craft up to keep a distance from my hand.  Might be helpful in avoiding an accident with people moving toward the craft or an excited pet trying to catch an imagined mid-air toy. 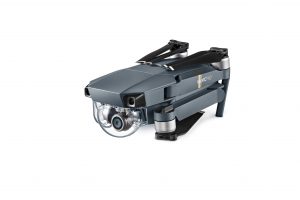 In keeping with the design ethos for the “smaller is better” approach, the Mavic setup I tested with used a smartphone for my monitor but for precision viewing I miss the ease of my iPad Air 2 monitor that I use on my Phantom 4 setup.  The Mavic will also accommodate an assortment of iPads but if you’re planning on a super compact hike with the Mavic and don’t want to carry a larger iPad along, keep in mind that there’s a lot of information appearing on a relatively small sized smartphone screen.  As a personal preference I find that it’s easier to make out detail on a larger screen on sunny days, when light can easily obscure a smaller screen in its entirety with just a stray exposure.  For my iPad setup I purchased a PadHat from Hoodivision.  It has worked great and it has been quite helpful with keeping the sun off my screen on bright days.

DJI did a very nice job with the design of the Mavic.  The look and feel of the product are pleasing and when you hold it in your hand it feels much more substantial and durable than some other drones its size and bigger.  The design kinetics are impressive, the way the parts move when manipulated doesn’t suggest a flimsiness or fragility that you get with some other craft.  I also fly an S900 and an Inspire Pro and the S900, for example, feels as though it won’t hold up well in a crash (turned out to be true) while the Mavic feels like it will deal much more successfully with those intermittent flight mishaps that sometimes occur.

The flight range was excellent.  You can fly the Mavic for miles with excellent real time video viewing but as I’ve mentioned in previous articles, I feel it is headed toward too much risk for the average flyer when you fly out of direct visual contact and that pretty much disappears with this compact craft at the 1/2 mile mark.

I’m used to the wider field of view on my P4 and my lens choice on my Inspire Pro X5R, but the tighter FOV on the Mavic (79 degrees) is actually better in some instances, a matter of personal preference and what your actual use demands.  You can always crop the wider fields of view to match your preference but I didn’t object to the Mavic setup for most instances.

I don’t have a pair of the DJI FPV goggles for the Mavic, but they would be a great accessory and in Sport mode on the fairly speedy Mavic a user could experience the first step toward an introduction to the world of drone racing.  The Mavic isn’t quite as tough as purpose designed racing drones but is very solidly built and certainly a fun bridge toward them.

The Mavic has active track and optical flow features and allows a whole raft of things like Follow Me, Orbit, Trace, Spotlight, Profile to help a solo operator bring some pretty professional camera moves to their created content.  And of course the Mavic still allows Waypoints, Course Lock, etc. and things like Terrain Follow and introduces Gesture Mode (yes, drone selfies, even when you’re alone) as even more choices for your specific shoot requirements.  Have a look at the DJI site to see examples of these features.

So, can I recommend the Mavic to just about anyone?  Absolutely.  This is a fun, easy to use, very capable platform that’s very quiet, very quick, and produces some reasonably professional results.  As drones at this price point become ever more capable their fields of use will logically expand.  And while the Mavic can now easily accomplish a number of professional end uses, it, like the Phantom 4 will be limited by the capabilities of the onboard camera sensor size/characteristics (witness the Phantom 4 Pro bump in sensor size) and won’t be the perfect solution to all drone applications.  How many years before DJI floats a micro 4/3 sensor at ridiculously low price points like this?  Based on the way the DJI moves it should be sooner rather than later!

I welcome your Mavic experience feedback and look forward to the next test!

Share
Previous 7 Commercial Drone Predictions for 2017
Next State Drone Laws: Learn How to Fly Legally Wherever You Are