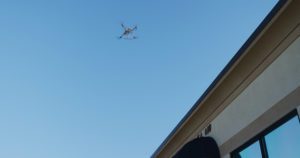 With the assistance of AeroX, the Forsyth County Sheriff’s Office (FSCO) has launched North Carolina’s first Drones as First Responders (DFR) program. The program has a drone operator listen in on live 911 calls to deploy a drone to the scene if necessary. The drone is then able to stream live video to responding deputies and the command center, granting increased situational awareness and informing the method of response. DFR have been proven to provide faster response times and improved safety for both residents and officers.

Forsyth County’s DFR program is launching in the Village of Clemmons as a result of the location’s population density and moderate call volume, as well as support from Clemmons Village Council. The program will commence operations within a one-mile radius of the Lewisville-Clemmons Road/Interstate 40 intersection, with the intent to expand to further locations going forward. FSCO and AeroX have applied to the Federal Aviation Administration seeking approval for beyond visual line of sight operations, which would provide the program with a greater range in which to operate. 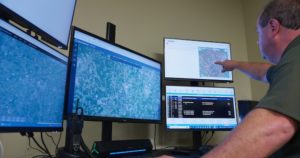 “We are embracing this important new technology and deploying it in this innovative way to increase safety and improve law enforcement in our community, providing a model for how other communities across our state and nation can use drones to transform public safety,” said Sheriff Bobby F. Kimbrough Jr.

“The Forsyth County Sheriff’s Office continues to be a vital AeroX partner and innovator, leading the way in aviation’s new frontier with this major advance in the area of public safety,” said AeroX President Basil Yap.

AeroX is committed to increasing the use of drones within public safety, with the DFR program as a major initiative. Through leadership within the unmanned aviation industry, Forsyth County will be able to attract new companies, generate new high-paying jobs and increase the quality of public services.

AeroX is additionally developing Project ATLAS, a ground-based surveillance system to support low-altitude traffic management, which was funded by a $5 million grant from the N.C. General Assembly last December. The project is focused on providing surveillance data on non-cooperative aircraft – aircraft without transponders – to assist other aircraft in detecting and avoiding them. Doing so will support FSCO and other drone operators seeking FAA approval to fly drones beyond the operator’s visual line of sight.