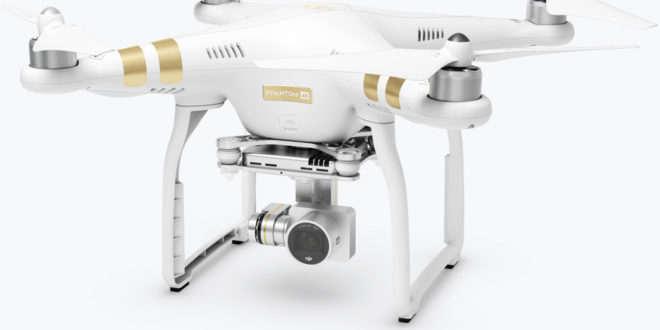 As we near the end of 2016 with the festive season fast approaching, we wanted to give you our take on the best drones available on the consumer market for under $1000. If you have any knowledge of the industry, the best drones under $1000 all come from manufacturers you’ll probably be familiar with: DJI, Yuneec and Parrot.

There’s only one place to start, and that’s at the very top end of the under-$1000 spectrum. DJI’s new Mavic Pro is an engineering masterpiece; a foldable drone that fits 4K video, obstacle avoidance, and a decent flight time into a tiny portable package.

Portability and safety are the Mavic Pro’s other big selling points. It’s foldable and incredibly small considering its technical capability, while an upgraded version of the collision avoidance system introduced for the Phantom 4 should keep you out of trouble. 27 minutes of flight time and reasonably priced spare batteries should keep you in the air for enough time to capture all the video you want.

For a detailed look at the Mavic Pro, check out our in-depth overview.

A ridiculous amount has happened in the drone industry since the Yuneec Typhoon H debuted at CES 2016 back in January. At the time, the drone left an audience in awe at its ability to recognize obstacles and dodge them in real time.

Sadly, the Typhoon H with the Intel Real-Sense module that makes obstacle avoidance possible, costs a bit more than this standard model (about $500). Despite that, the Typhoon H does come with a sonar-based obstacle detection system  that should stop you short of flying straight into a wall. 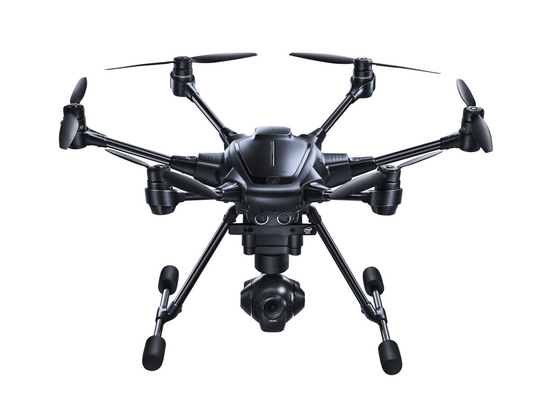 On the face of it, the Typhoon H is packed with serious features that you’ll only really find on DJI’s Inspire series: a retractable landing gear; a stabilized 3-axis gimbal with a built-in 4K camera that can be rotated through an unlimited, 360° range of motion; the ability to control drone and camera separately. It’s also a hexacopter, and the company says that this means it can still land safely even if one of the motors is damaged during flight. Simply put, Yuneec isn’t messing around.

The Typhoon H has plenty of intelligent flight modes to add variety to your shots, along with a flight time of 25 minutes.

However, there have been concerns raised about the build quality of the Yuneec Typhoon H and the general user experience. With so many features packed in, the company has clearly looked to save elsewhere.

The verdict: This is a powerful drone packed with features that will appeal to professionals priced out of DJI’s Inspire range. If you’re prepared to give your Typhoon H some TCL, this may be the drone for you. It’s certainly one of the best drones under $1000.

Parrot has struggled to compete with the major players in the drone industry from Asia in recent years, but 2016 has been something of a turning point. While the impressive fixed-wing Disco is available for $1,299 – above what we’re looking at today – the BEBOP 2 complete with an FPV pack offers decent value for money. 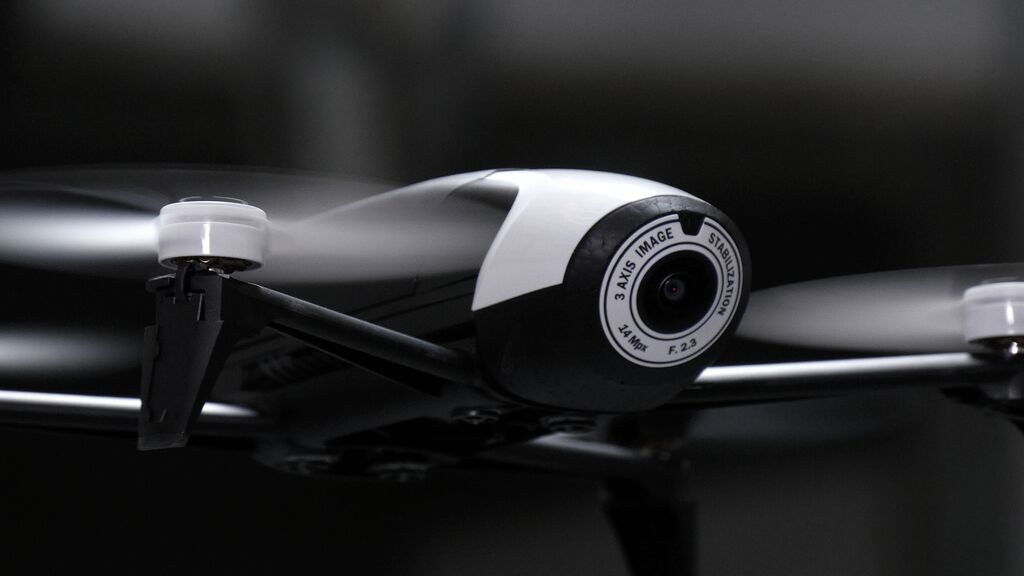 1080p video recording, 25 minutes of flight time, smart autonomous flight modes, over one mile of range, Parrot’s nifty second-generation Skycontroller and a first person view headset – Not bad at all compared to some of its rivals.

Sure, the camera doesn’t come on a gimbal, instead relying on software to keep images smooth. And there are doubts over whether it’s enough of a step up from the original BEBOP drone. But the BEBOP 2 is a solid effort and worth an investment for beginners.

The verdict: Worth a go for pilots looking for a sturdy introduction to aerial photography and FPV flying.

The Phantom 3 series marked a defining point in the consumer drone industry. And though it lacks the technical wizardry of the latest DJI models, such as obstacle avoidance and advanced flight modes, it’s still a clever drone capable of great aerial photography. The 4K model can stay in the air for 25 minutes and has a built-in vision positioning system to help make indoor flight more stable. 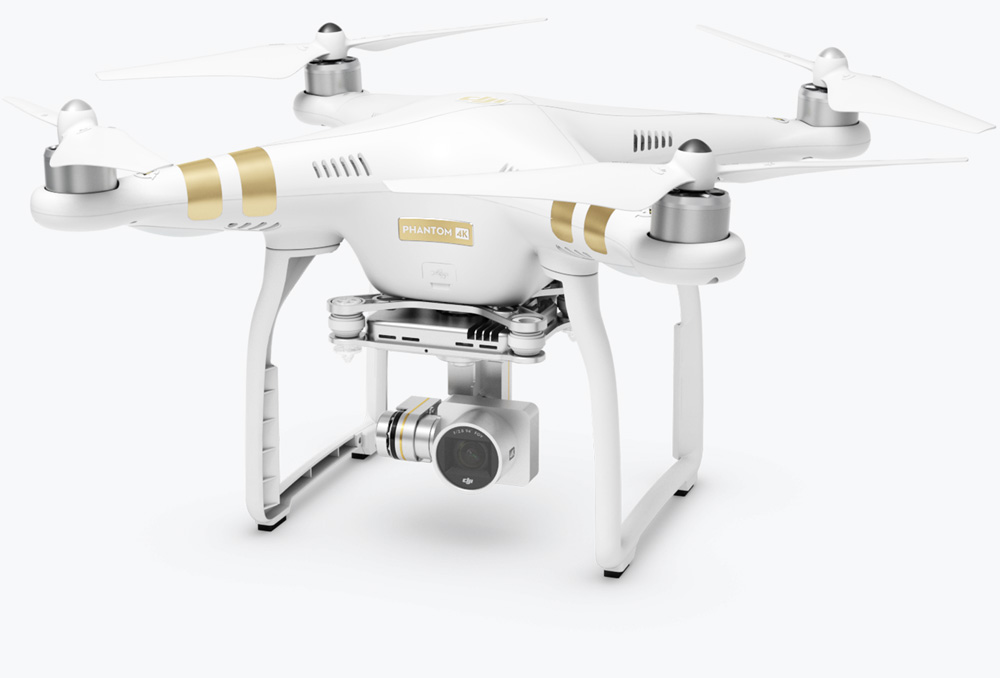 The verdict: Without all the advanced features of the latest DJI models, you’re left with an easy-to-use, no-nonsense flying camera that offers professional results. A great introduction to the world of drones.

If spending near $1,000 on a drone is way beyond your intentions, there are a handful of decent models to be found at the lower end of the market. One is the new mid-range drone from Yuneec, the Breeze.

It’s not built for the same kind of aerial photography as the drones listed above; the Yuneec Breeze is more of an extravagant selfie tool. But that doesn’t mean it’s not a lot of fun or that the results are more than good enough. Yuneec says its biggest selling point is that it brings together the functions of its high-powered rivals in a smaller, more easy-to-use package. 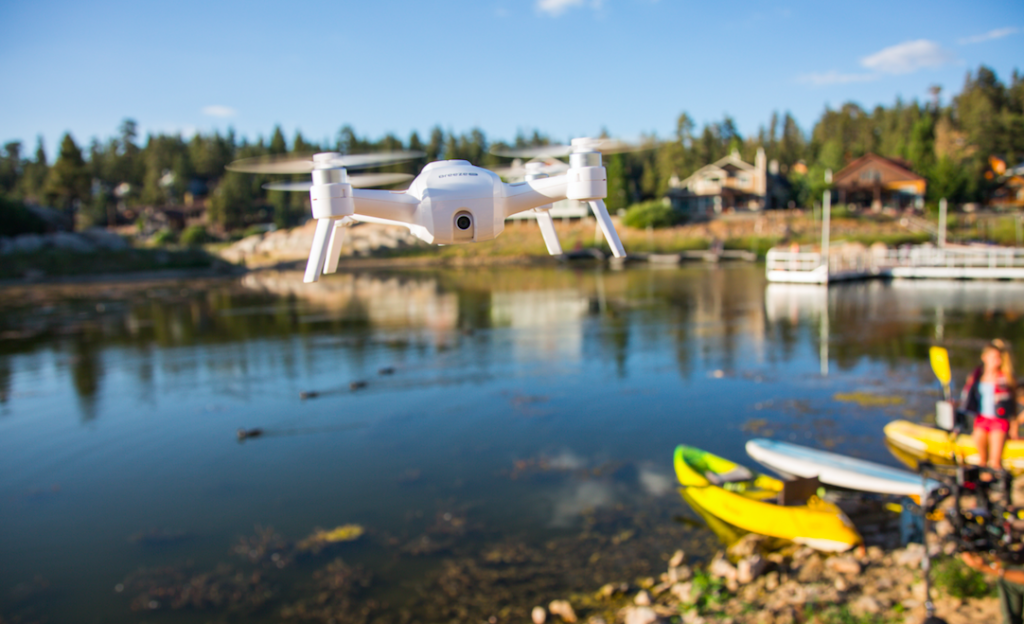 The ease of use is highlighted by the lack of a controller. Instead, you simply connect to an app on your smartphone to tap into the different flight modes on offer. The automated flight modes include a Follow me function, and you can also take direct control and pilot through your phone screen. Easier said than done, but certainly possible.

The whole experience is designed to be as seamless as possible. All the media captured is automatically transferred to the connected device for easy social media sharing. The range is around 100m, and the flight time is 12 minutes.

The verdict: The Yuneec Breeze gives anyone the opportunity to get high-quality aerial footage while on the go. However, the image stabilization leaves a lot to be desired when filming in 4K. But this isn’t for professionals, it’s for fun. Social media sharing on the fly? This is the drone for you.

One final thing: We would have included the GoPro Karma on this list, but following the recent recall the company hasn’t set a date that the drone will be available again.

Another final thing: With the release of DJI’s new Phantom 4 Pro, we’re expecting the standard Phantom 4, a pretty special drone by anyone’s standards, to drop significantly in price. Look out for Black Friday deals near the $1,000 mark. The best drones under $1000 category is likely to become much more competitive as old models from the likes of DJI and Yuneec are replaced by more advanced newcomers.