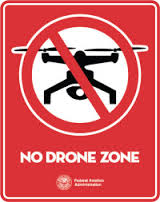 The FAA and the Department of Homeland Security (DHS) have stepped up efforts to keep drones away from airports, conducting “drone-detection research” near the Denver International Airport this week.

The effort is part of a push to determine the best way to ensure that drones do not interfere with passenger aircraft.  In the final version of this year’s FAA Reauthorization Package, lawmakers mandated a research project to explore anti-drone technology.

“The FAA is coordinating with our government and industry partners to evaluate technologies that can be used safely to detect drones near airports,” says an FAA statement.

The project is part of the FAA’s “Pathfinder Program for UAS Detection at Airports and Critical Infrastructure,” and is one of 6 tests scheduled over 18 months.  Nevada and North Dakota participated in flight operations for the Denver tests: industry participants included CACI International, Liteye Systems and Sensofusion.

The issue of drones near airports is one of contention in the industry, with researchers differing on the scale of the problem and the true dangers that drones present.  While one research paper using computer algorithms to estimate the potential impact of a drone hitting an aircraft said the risk was “catastrophic,” other research indicated that the risk was negligible.  The British government has now begun testing with actual aircraft in order to provide real data on the issue.

The FAA’s reporting system for “near misses” has been widely criticized for a lack of consistent reporting standards, leaving the real number of drones seen near to aircraft in question.

Share
Previous Yuneec’s Breeze Flying Camera is a Breeze!
Next The 5 Best Drones Under $1000