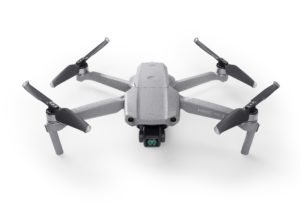 Is the DJI Mavic Air 2 the drone that hits that perfect balance between cost and functionality?  Read our reviewers take before you buy!

The following is a post by Kelly Shores, the drone expert behind the Ready Set Drone community on YouTube.

With the release of the Mavic Mini in late 2019, DJI expanded its product offerings to budget conscious consumers and greatly increased its potential customer base. The Mavic Mini performs admirably for a camera drone in its price range but falls short in many features that a more advanced user might want. While its price to performance ratio is quite good, many see the Mavic Mini as a high-end toy designed almost exclusively for social media posts.

To fill this gap between the Mavic Mini and its higher end drones, DJI announced the Mavic Air 2 less than one year later – a more capable camera drone that that doesn’t break the bank.

The Mavic Air 2 is designed to fill that gap between the casual “just need a drone for selfies” and the “hardcore drone enthusiast” consumers. With a price point of $799 USD, it is roughly twice the cost of a Mavic Mini, yet still well below the cost of DJI’s flagship Mavic 2 Pro and Phantom 4 Pro series. So, what do you get for this mid-range price? First of all, amazing camera performance. The Mavic Air 2 has a half inch image sensor that can record 4K video (as opposed to the 2.7K video of the Mavic Mini) at 60 frames per second. This means that you can create smooth 4K footage or slow motion in 4K, which is a feature that has been tradionally reserved for higher end drones. The Mavic Air 2 also has a longer flight time, at around 30 minutes of flight under real world conditions. It has obstacle avoidance in the front, rear and bottom, which gives peace of mind to beginner pilots. It has OcuSync 2.0, which is DJI’s proprietary video transmission technology, that assures a clear image from the drone to your remote control. And finally, it has more video and photo options than most people will ever use, with many that most people will use all the time.

The Mavic Air 2’s ability to capture amazing video and still images is born from DJI’s proven flight software that has been improved upon with every iteration of consumer drone that DJI has released. One feature that is very easy to use, yet delivers amazing results, is Quickshots. The name “Quickshots” is pretty accurate – they are quick and easy to do, yet offer precise, pre-programmed camera moves that would be very difficult to accomplish manually. And with names like “helix” and “asteroid”, it’s fun to find a big open field and try them all. The Mavic Air 2 also has intelligent tracking modes that allow the drone to autonomously follow a person, vehicle or point of interest perfectly while moving through space to change perspective. The result is cinematic footage that looks like it’s straight out of Hollywood! The Mavic Air 2 also does “hyperlapse” video, which is a motion time lapse that greatly speeds up moving objects like clouds, cars and other things traveling through the scene across a linear path. Unfortunately, the hyperlapse on the Mavic Air 2 is not as smooth as the same feature on higher end drones, so keep your expectations low for this one. Add high dynamic range, 48 megapixel still images and a pilot assistance feature called APAS and you’ll find that DJI’s Mavic Air 2 is a drone that is easy to learn but takes time to fully master.

And while the Mavic Air 2 folds down into a very travel-friendly size, it is over 250 grams, which means that you do have to register the Mavic Air 2 with the aviation authorities in many countries. In the United States you can visit https://www.faa.gov/ua to learn more. If you live outside the US, check your local laws about drones.

So, if you are looking for the “just right” camera drone that balances price with performance, the Mavic Air 2 is worth considering. It has more abilities and enhancements than lower cost camera drones, but does not have the premium features, like a one-inch camera sensor, that the more expensive drones have. For most amateur pilots and photographers, the Mavic Air 2 will meet most of their needs with the convenience of a small size and a relatively small price point! For more details and demonstrations of the features mentioned here, check out Ready Set Drone’s full review of the Mavic 2 Air below. 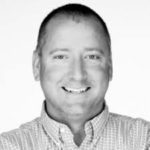 Kelly Shores is the drone expert behind the Ready Set Drone community on YouTube.  With over 100,000 subscribers, Ready Set Drone provides information, reviews, and tips to help drone flyers of all levels get the most out of their experience.