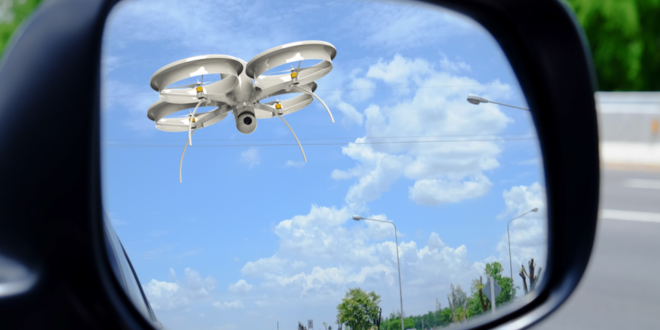 Last year at this time, I reflected back on the news and trends of the commercial drone markets of 2015 and wrote about the mixed state of affairs in the U.S.  Back then we saw only 2,500 Section 333 grants for commercial activity, and the press’s narrative that ‘drones are cool’ turned to ‘drones are a privacy invasion headache.’ This was tempered by a proliferation of the drone conferences that had both exhibitors and vendors scrambling to attend. We also saw the outcome of the UAS Registration Task Force Aviation Rulemaking Committee and the FAA’s rapid implementation to put hobby drone registration in place.

In January 2016, I wrote a piece titled Six Trends Driving the Commercial Drone Market in 2016 and Beyond, which articulated that, while making predictions is not an exacting science, six trends would provide key opportunities and challenge for the industry:

In this post, I’ll review those trends as well as other significant news for drone manufacturers, service providers, and investors in 2016.

The biggest news all year was that the FAA Part 107 regulations are now in place. And they’re not as onerous as they could have been. Hurray! We (at least in the U.S.) have the basis for an industry and a firm regulatory framework upon which to grow.  And that’s what I saw and heard from so many companies that want to use drones for their businesses at the major drone shows.  So many were sitting on the sidelines waiting for regulations to be clear.

Several weeks ago, Patrick Egan of sUAS News wrote a piece called “Part 107 Your Golden Ticket” that sums my feelings and it’s this: There has been some grousing about what’s not in the rule. But there is plenty of work that can be done under this rule. The 10 years of uncertainty is over, and people can begin to offer services—from the real estate agent who wants aerial photos to the cellular company that wants tower inspection, to the insurance company that wants proper damage assessments, to the first responder who wants a better view of an incident. I think that’s exciting.

And so is having competition.  Many think it’s a race to the bottom on prices for drone-based business services–and that’s true in part–but the other side of the coin is there is healthy competition, which delivers customer benefits. Because everyone is working harder to produce a better product.

The desire for better fidelity – that is, better image and video resolution – is still one of the major drivers in the commercial drone industry.  This is not just true for professional drones but also consumer drones. Last year the major brands like Autel, DJI, and Yuneec continued to offer integrated 4K video recording cameras on consumer and prosumer drones, but they did so at lower prices than in 2015.  Additionally, this past year, DJI upped the fidelity bar with its Phantom 4 Pro and Inspire 2. The Phantom 4 offers more powerful video processing for 4K videos at 60 frames per second (fps) at a 100 Mbps bitrate. The Inspire 2 tops that and offers 5.2K at 30 fps on the X4S camera. These also offer a mechanical shutter, eliminating the rolling shutter distortion that can occur when taking images of fast-moving subjects or when flying at high speed. In effect, they are as powerful as many traditional ground cameras.

The trend for better and smaller, more lightweight sensors for drones—such as stereoscopic, ultrasonic, LiDAR, infrared, and spectral sensors – was hot. I wrote about some of that in Sense and Avoid for Drones is No Easy Feat. I could fill a small book with all the announcements, investments, and product releases from companies like DJI, Intel, Parrot, SenseFly, Slantrage, and Velodyne this past year. All of these will help drones perform tasks like collision avoidance, 3D imaging infrared thermography, or improved crop vigor analysis.

But the rising star in the sensor market is Aerotenna.  In July, we saw this startup take home first prize at the NASA UTM Drone Sense and Avoid Tech Competition. It turns out Aerotenna has some incredible new technology–microwave sensors (that’s basically miniature radar) that are coupled with active sensing autopilot capability that scans the surroundings during flight and avoids potential collisions autonomously. So by combining microwave-based sensing with aerospace and control engineering, they are solving many challenges of being able to fly autonomously beyond visual line-of-sight. This will uncover new applications for UAV platforms.

A third major driver this past year was mobility. In the consumer world, the scales have tipped from PCs and TV to mobile devices.  What this means for drone manufacturers and service providers is that their application development has shifted from desktop to mobile apps.

In 2016, we saw DroneDeploy double down on this trend with the introduction of an App Market, a store for drone applications from a range of companies—including Autodesk, Box, John Deere, and 13 others—as well as a variety of industry verticals. I wrote about that here.  The App Market includes mobile device applications from Airmap, Dronelogbook, Flyte, Kittyhawk, NV Drone, Skyward, and Verifly that help pilots and businesses manage drone operations and compliance.  In a nutshell, these apps enable enterprises and drone-based business service providers to automate their workflow and data integration with specialized tools built right within the DroneDeploy user interface.

Throughout 2016, Chinese companies both large and small entered the world market with consumer drones to establish market share or increase it. Do I really need to explain this? Tractica (not known for accurate commercial drone forecasts) says consumer drone sales will continue to surge over the next several years, with global annual unit shipments increasing more than tenfold from 6.4 million in 2015 to 67.9 million by 2021.  While average selling prices (ASPs) for drones will continue to decline sharply during that period, they anticipate that total revenue will increase from $1.9 billion in 2015 to $5.0 billion in 2021. I won’t argue with those numbers.

Virtual and augmented reality for drones was a bust this year. Seriously. I expected to see a significant announcement from someone about the use of augmented reality using the data from commercial drones, but all I got was this lousy t-shirt.

Investment, mergers, and partnerships. That’s what happened. The major players were Airware, DJI, Intel, and Parrot. In September, Airware acquired Redbird with the intent of building a full-stack drone services empire. All throughout 2016, DJI announced partnerships with at least 14 companies including Epson, Ford, Leica, Luftansa, Measure, and PrecisionHawk.

The surprise too many of us was just how aggressive Intel got in the drone space this past year. They acquired drone manufacturer Ascending Technologies, made a further investment in data services provider PrecisionHawk, and bought Movidius and Mavinci.

What about next year?

There were some hard lessons learned this past year and they point to trends I believe we’ll see next year.  For example, take Jonathan Downey’s 8 Lessons Learned Turning Aerial Data into Enterprise Outcomes. If you read between the lines, you’ll see a brutally honest confession of their hard times. Wisdom comes from experience and kudo’s to Jonathan for giving the commercial drone industry some good advice–especially #3: To drive business outcomes, provide an end-to-end solution.

But there is a scary insight from last year and it’s buried in this post by Measure: How is the drone industry moving forward? It says:

“..on October 26, the FAA and the Transportation Research Board convened a workshop to aggregate stakeholder perspectives on the expected growth of the drone market in the coming years. Key issues addressed included the drivers of and obstacles to growth in the drone industry, and how best to predict market trends. The insights provided by the representatives from the commercial drone industry, defense-oriented UAV industry, government, and aviation advocacy groups will aid the FAA as it creates its next UAV market forecast.”

So, what did the stakeholders say to FAA? At the Commercial UAV Expo I heard one say they told the FAA that their forecast was too low.  Most said we’re going to see tens of millions–maybe hundreds of millions–of drones flying in national airspace in the near future.” What else would they say?  That’s what they told their investors. Insane.

This post first appeared in sUAS News ‘The Market’

Share
Previous What are Drones Doing in the Arctic?
Next Which Country Will Be First to Deliver Mail by Drone?