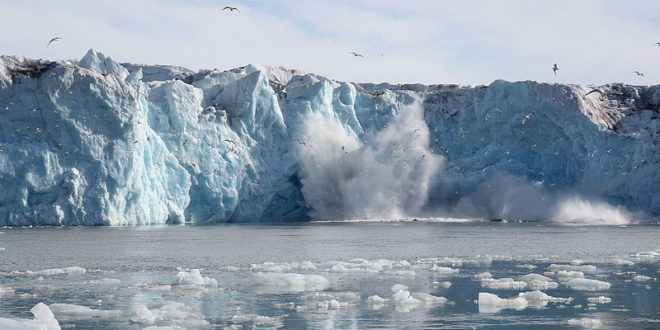 What are Drones Doing in the Arctic?

The FAA Modernization and Reform Act of 2012  had many provisions relating to drones – some of them widely affecting the drone industry and others more specific in nature.  One of the latter provisions was the one about drones in the Arctic, which says the the FAA must “Initiate a process to work with relevant Federal agencies and national and international communities to designate permanent areas in the Arctic where small unmanned aircraft may operate 24 hours per day for research and commercial purposes and Search and Rescue (SAR) operations. The plan for operations in these permanent areas shall include the development of processes to facilitate the safe operation of unmanned aircraft beyond line of sight (BLOS). Such areas shall enable over-water flights from the surface to at least 2,000 feet in altitude, with ingress and egress routes from selected coastal launch sites.”

As a result of this specific provision, the FAA developed an Arctic Implementation Plan, signed by the Secretary of Transportation, to let stakeholders and the international community know that it planned to establish permanent “operational areas and corridor routes in the Arctic” for drones.

While the idea of establishing drone zones in the Arctic may not seem critical to the development of commercial drone applications, it turns out that Arctic operations may have significant environmental impact.  According to the FAA website, oil company ConcoPhillips uses Insitu’s ScanEagle to perform marine mammal and ice surveys.  Oil giant BP uses AeroVironment’s Puma AE to survey pipelines, roads, and equipment at an oilfield in Alaska.  The same AeroVironment drone model was used as part of an oil spill exercise in the Beaufort Sea; and drones were deployed last year in Operation Arctic Shield, an oil spill search and rescue exercise.

The Arctic offers the opportunity to test drones in environmental applications, outside of usual FAA restrictions.  It allows for the testing of flight beyond line of sight (BVLOS) –  in such an uninhabited environment, the potential for risk is arguably minimal.  The chance to see – and document – what drones can do for the environment makes the Arctic program important for all drone operators.