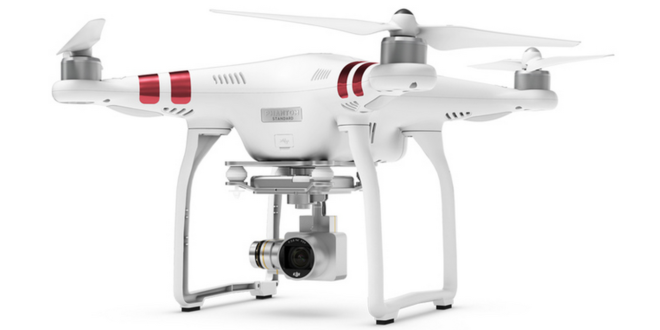 You’d be forgiven for thinking that drones only come in two categories. First, you’ve got the tiny $50 toys designed for quick fixes of fun that don’t offer much in terms of end product. And second are the $1,000 beasts that wouldn’t look out of place on a Hollywood film set. But good news: There is a middle ground. It’s possible to find a relatively cheap drone that will give you decent performance and photography without breaking the bank.

So maybe you’re looking for a last minute Christmas drone, maybe you just want to find a more affordable option than what’s at the higher end of the market. Either way, take a look through our roundup of the 5 best drones under $500. Some have been designed to fill the gap between the top end drones and the rest, while others were the top end drones of yesteryear (alright, 2015).

DJI’s breakthrough consumer drone comes in many different forms, from the 4K model to an Advanced version for professionals. The Standard model comes with everything you need to capture great aerial photography.

This is mostly down to a built-in camera than can handle 2.7K video recording, which owes its stability to DJI’s integrated three-axis gimbal. Flight time is a not-too-shabby 25 minutes, and it comes with a range of autonomous flight modes that DJI has become known for, as well as a return to home feature. Flight modes include waypoint navigation, point of interest flight planning and Follow Me.

Having said that, the Phantom 3 Standard lacks the Visual Positioning System of DJI’s more advanced models, so flying it indoors isn’t a great idea. It also comes with a scaled down controller that relies on a 2.4GHz Wi-Fi range extender to transmit a live feed from the Standard to a mobile device. Compared with DJI’s most recent controllers this has much more potential for streaming delays and losses of signal. Your flight range is also cut down to 0.62 miles.

But despite its limitations, the Phantom 3 Standard, for the price, offers everything that a beginner pilot could want. Good flight time, decent footage, and enough flight modes to add some variation to your photography.

It’s currently reduced from $799 to $499, so represents great value for money too.

3DR has been around for a long time, and the company’s Solo drone remains a favorite for pilots who want to shoot aerial photography with their GoPro. It’s compatible with GoPro’s HERO3+ Black and HERO4 cameras, can stream high definition video direct to iOS and Android mobile devices, and even powers your GoPro during flight. The Solo can also be used with the Sony R10C.

It comes with the Solo controller, one of the best thought through controllers on the market, inspired by video game controls and complete with a Color LCD display, haptic feedback and precision camera control.

The Solo can also be used with the Solo app, which enables a range of autonomous flight modes, including cable cam, selfie mode, follow me and orbit.

With a flight time of 20 minutes, a top speed of 55mph and a range of 0.6 miles, the 3DR Solo is a powerful, versatile drone that is a great introduction to the world of aerial photography. It’s available from Best Buy in a package that includes a gimbal, a spare battery and extra propellers for just $399. Just factor in that you’ll need to purchase a compatible camera separately if you don’t already have one. 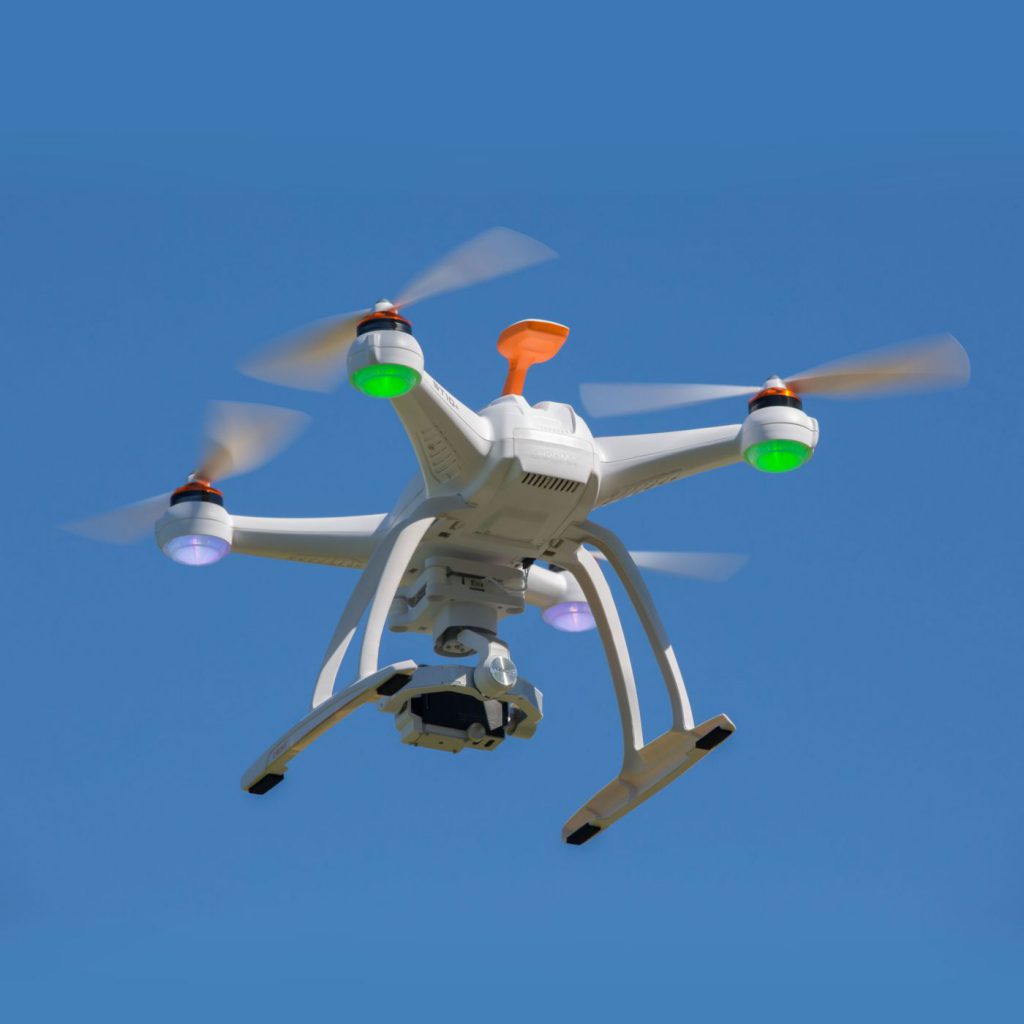 It’s not a big name in the world of drones, but the Blade Chroma could be the affordable answer to newcomers to aerial photography. The Blade Chroma for GoPro, which comes with the Spektrum DX4 Controller and a 3-axis gimbal, is the downgraded version of the company’s 4k model. But the camera is the only difference between the two. Its gimbal is compatible with the GoPro Hero 3 and 4 Black.

If you’re happy to supply your own GoPro, solid footage, 24 minutes of flight time and several autonomous flight modes including Return to Home and Follow Me could be yours. The one obvious downside is a range of under 2,000 feet, but if you’re willing to stay relatively close while you capture footage, that shouldn’t be much of an issue.

The Blade Chroma can be found on Amazon for $423. Manufacturer Horizon Hobby seems to have discontinued this product line though, which is a little disconcerting. Hmm.

Yuneec’s latest drone is far removed from its top of the range products. It’s also different to the rest of the drones on this list, in that it’s more of an aerial selfie tool than something for professional-looking photography. The Yuneec Breeze‘s biggest selling point is that it brings together the functions of its high-powered rivals in a smaller, more easy-to-use package.

The Breeze doesn’t need a controller. Instead, all you have to do is connect to an app on your smartphone and select the flight mode you’re looking for. These modes include Follow Me, but you can also take direct control through your phone screen.

The whole experience is designed to be as seamless as possible. All the media captured is automatically transferred to the connected device for easy social media sharing. The range is around 100m, and the flight time is 12 minutes.

The Yuneec Breeze gives anyone the opportunity to get high-quality aerial footage while on the go. However, the image stabilization leaves a lot to be desired when filming in 4K. But this isn’t for professionals, it’s for fun. At just $393.99, this could be the cheap and cheerful drone you’re looking for. 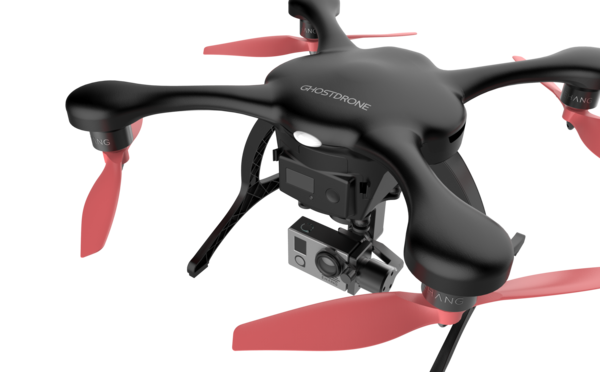 Ehang’s motto is “drones that anyone can fly,” and while the company may be more famous for its extraordinary personal transport drone, the GhostDrone 2.0 range is targeted at a much wider market.

The company claims that this is the “easiest-to-fly drone in the world,” and to an extent, they may have a point. All you need is an Android or iOS device and a small G-Box. The rest is handled with a few taps and tilts of your phone screen.

What makes this great value for money is the fact that the standard GhostDrone 2.0 Aerial comes with Ehang’s very own 4k sports camera, while remaining compatible with GoPro’s Hero 4, Hero 3+, Hero 3 and other action cams. On top of that, the GhostDrone 2.0 comes with a 1-year warranty that covers any type of breakage. So even if you crash it into a tree, the company will replace whatever remains.

Flight time is up to 25 minutes on a single charge and the range is well over half a mile. Flight modes include Waypoint Mode, Companion Mode, Avatar Mode, and Flight Planning Mode. Once connected with the G-Box, the phone’s internal accelerometer and gyroscope allow the pilot to tilt the phone to control the GhostDrone 2.0.

That’s a lot of spec for a drone that’s available now for just $399.