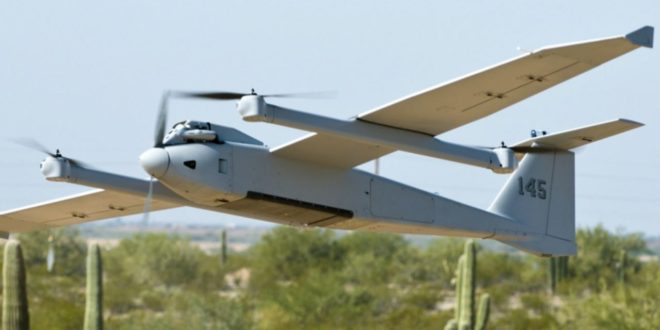 The creation of a commercial drone capable of more-the-30-minute flights has become the Holy Grail of the UAV industry.

On Thursday, the Hydrogen Engine Center and Arcturus UAV announced a partnership to create a hydrogen-fueled drone engine for Arcturus’ T-20 fixed-wing drone model. The project is focused on research and development and company officials hope the fuel system will “provide a long endurance, highly reliable, low heat signature, lightweight, zero- or very low emission engine.” The companies have not announced estimated flight times, but other hydrogen-fueled drones have demonstrated flights in excess of two-three hours.

Li-Po batteries typically fuel most commercially available drones but are limited due to the fact that most only power, at best, a 30-minute flight. This means pilots must constantly change battery packs during a given deployment – an especially untenable situation for autonomous drones. For military-grade fixed-wing UAVs, diesel can be used but is harmful to the environment and difficult to store.

Clean-energy hydrogen fuel systems are carbon-free, renewable sources that may be a viable option for both rotor and winged drones going forward. Hydrogen fuel packs are produced by electrolysis to water, using energy from any source of energy including wind, solar, hydroelectric, or fossil sources.

A medium-range, tactical drone, the T-20 was originally designed for the U.S. Air Force but could be converted into commercial use if the R&D partnership succeeds. Using a catapult launch, the T-20 can fly up to 15,000 feet and up to 86 mph.

The quest for a clean hydrogen power source is an ongoing concern across the drone industry. In April, Micromulticopter Aero Technology announced the development of the first commercially available hydrogen drone, the HyDrone 1800.

Capable of over three hours of flight time, the hexacopter has a range of 62 miles and only weighs around 4.5 pounds.

“So many applications are well suited to this technology,” MMC overseas marketing director Stan Kostic told DRONELIFE.  “Precision agriculture applications for medium to large scale farms, powerline stringing and inspection, mapping and search and rescue applications – all of these are improved by longer flight times.”

Share
Previous The Wedding Crasher: A Drone Disaster
Next The 5 Best Drones Under $500