The Wedding Crasher: A Drone Disaster 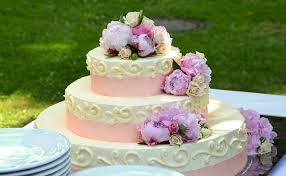 Here’s a piece of news that might well be titled: Why You Should Hire a Pro for That, or alternatively, What Not to Do with Your New Drone.

Barry Billcliff, a roofer from New Hampshire, knows that now.  The wedding he and his bride had planned for two years took a nosedive – so to speak – as the drone hovering over some of the guests “slammed into their faces,” the Boston Herald reports.

It seemed like a terrific idea to get aerial shots of his dream wedding, and Billcliff admits that he was operating his drone earlier in the event.  He says, however, that someone else must have picked up the controls when the unfortunate event occurred (although the DJ – who we hope does not expect a tip – says that the groom was the operator.)  And a very unfortunate event it was.

Kelly Eaton of Peabody and Kneena Ellis of Seabrook, N.H., have filed a negligence lawsuit against the groom and Searles Castle Event Management, Inc. seeking recompense for their injuries.  Eaton reports that the drone fractured her nose and orbital bone, and gave her a concussion. Ellis says she also had a concussion, and that the propellers cut her head open, leaving an injury that required more than 20 stitches.

The wedding took place at Searles Castle in Windham, NH – the drone accident occurred when either the groom or the friend he claims must have been operating it flew the drone into the tent where people were dancing.

The party was essentially over when a waiter told the VP of Searles Castle, Scott Robb II, that there the drone was flying into the tent.  By the time Robb got over to the tent, there was “blood gushing from one woman’s head,” and Robb called the paramedics.

Robb says that he did not give Billcliff permission to fly the drone, and had already asked him to turn it off when he saw it buzzing around outside of the tent.

This could be a classic case of what not to do with a drone – fly it right over people’s heads? Check.  Fly without permission? Check.  Fly randomly through crowds? Check.

Some things you should leave to a licensed professional – and wedding photography with a drone is one of them.