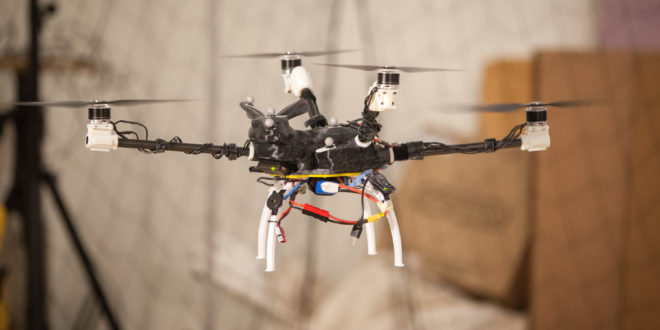 Design and Test a Custom Drone with MIT’s Clever Software

Predictive computer simulations are supposed to be the stuff of Hollywood movies. The kind that show you what will happen to the Earthbound asteroid if Bruce Willis fires the nukes at a certain angle. Or the one that predicts which cities are at risk when Bruce Willis gets his angles wrong and causes a tsunami. But now the same predictive power is open to drone designers. A clever program developed by MIT’s Computer Science and Artificial Intelligence Laboratory (CSAIL) is making it possible to design and test a custom drone in the virtual world.

Man, this is nerdy. But that doesn’t stop it from also being pretty cool. What else would you expect from the first software that allows users to design, simulate, and build their own custom drone? With a few clicks of a mouse, you can edit the size, shape, and structure of your dream drone, depending on the needs you have in terms of payload, cost, flight time, battery usage, and other factors.

It’s not a big jump to assume that this kind of technology will soon be in the hands of drone enthusiasts, taking DIY drones to another level and creating some whacky aerial inventions along the way. After all, there isn’t exactly a lot of choice out there for pilots who want something more unusual or specialized. Sure, if your pockets are deep enough you can pay someone to develop a bespoke solution, but where’s the fun in that?

“This system opens up new possibilities for how drones look and function,” says MIT Professor Wojciech Matusik, who oversaw the project in CSAIL’s Computational Fabrication Group. “It’s no longer a one-size-fits-all approach for people who want to make and use drones for particular purposes.”

The interface developed by the team at MIT allows users to customize drones with a range of propellers, rotors, and rods. Thanks to no small amount of technical wizardry, it also guarantees that the drones it fabricates and successfully simulates can take off, hover and land. Considering the amount of variables and the trial and error that would have to occur to normally make that happen, it’s fair to say that we’re impressed.

As an example, a PhD student working on the project, Tao Du, said that “adding more rotors generally lets you carry more weight, but you also need to think about how to balance the drone to make sure it doesn’t tip. Irregularly-shaped drones are very difficult to stabilize, which means that they require establishing very complex control parameters.” 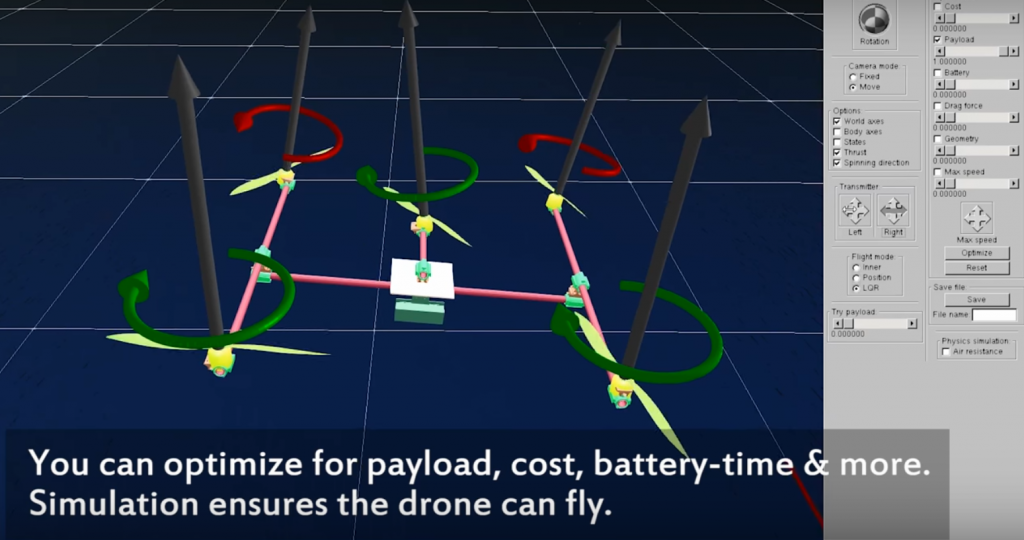 The interface developed at MIT allows you to tweak all the variables you can imagine to develop a custom drone.

In other words, this is an incredibly sophisticated computer program we’re dealing with. The project was partly supported by the National Science Foundation, the Air Force Research Laboratory and the European Union’s Horizon 2020 research and innovation program.

We have no idea when or if this technology will be made available to the public. But surely they can’t keep it to themselves for much longer…