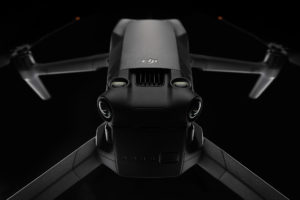 If this is the year you’ve decided to get into drones, this is where you need to start: our recreational Drone Buyers Guide 2022.

Whether you’re a photographer, looking to start racing or just getting started in your back yard, these are the best options for any budget.

Got some shiny new giftcards for the holidays, and looking to splurge on your next big hobby? This is the guide for you.

Just like all consumer tech, the drone space changes a lot. The big players unleash a ton of new models every year, and smaller companies try to play catch up — sometimes in less than honest ways.

What follows is a “best bet” guide of quadcopters, drones, ready-to-fly and some-assembly-required kit to get you in the air – from reputable sellers.

The Drone Buyers Guide 2022 for the Photographer

DJI is the most well-known dronemaker in the consumer space, which comes as little surprise to owners – DJI knows how to make great gear. 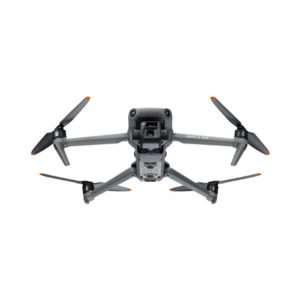 If you absolutely must fly the best prosumer drone without taking out a second mortgage, DJI’s Mavic line is much improved in 2022.

A 4/3 Hasselblad Camera. 46 minutes of flight time. 15km of range, able to transmit full HD to the upgraded controller at 1080p/60fps. And it supports Apple ProRes 422 HQ with a 1 TB SSD inside. The Mavic 3 is the best DJI has done with the Mavic line, and is an amazing quadcopter for the content creator. 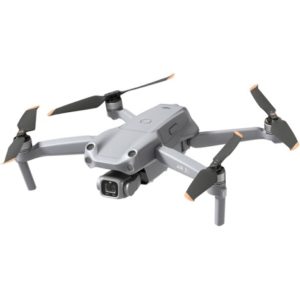 Coming in just a hair under at $999, the Mavic Air 2S makes up for everything the previous Air 1 and 2, as well as the Mavic Mini, left on the table. It has a better sensor than its predecessors, and can record 5.4K at 30fps, or 4K at 60fps. It boasts 31 minutes of flight time and an impressive 12km of range with the controller.

Most importantly, it has much improved obstacle avoidance systems and can basically fly itself through a dense forest thanks to being able to detect obstacles in four directions – even at high speeds.

For those not looking to drop $1,000 on the newest-new, the Mavic Air 2 is still an incredibly capable device for about $200 less. If weight is a concern and you’d prefer not to register with the FAA (in the U.S.) or another country that determines eligibility by weight, the Mavic Mini 2 comes in just under 250 grams, but you sacrifice obstacle avoidance and some of the advanced features of the Air series. 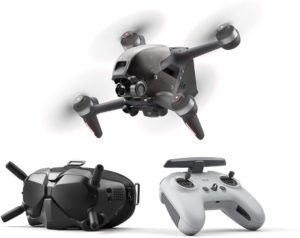 There is no question: DJi’s first jump into the world of FPV has made a tremendous mark on the hobby. Their FPV drone has set a new standard, offering very impressive speed and performance with many of the same safety and intelligence features of its older brothers. All in an impressive FPV experience unlike something you could build yourself.

Paired with the DJI v2 goggles and the controller, this quadcopter is a fantastic way to get into the world of FPV without constantly crashing and breaking your gear as you learn. The drone has some, but not all, of DJI’s brilliant avoidance features that will keep you in the air and out of trees (hopefully.)

But be warned: if you crash this quadcopter hard enough, it will break. And fixing it requires a trip back to DJI – for everything except a busted prop. It’s magnificently complex and capable, but that comes at a tradeoff in durability. See below for more FPV options with durability in mind.

For the Hobbyist or Enthusiast

Racing and “freestyle” (basically, the opposite of racing in the drone world) are the two fastest-growing segments of the FPV market. YouTube videos are full of skilled drone operators pulling off hair-raising stunts and incredible twists and turns through all kinds of scenery: forests, abandoned warehouses, sports stadiums, airplane graveyards, you name it!

Practice is definitely required before you can start hitting tiny gaps or diving towers, but it’s all within reach with enough time and patience. Start off on a simulator (such as Liftoff, Velocidrone or FPV.skydive), charge your packs and head out to the local field! 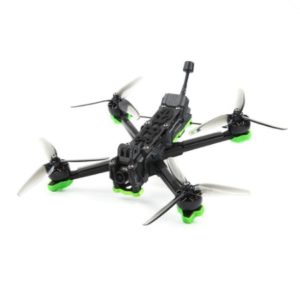 iFlight has become a huge name in FPV in a relatively short period of time. Their latest achievement in FPV is the Evoque, a pinnacle of FPV design that’s an amazing experience.

Most of the best “BNF” (Bind and Fly) quadcopters sold today come with DJI’s FPV offering pre-installed – so a DJI headset is required. You can purchase the drone as “Plug-and-Play” – meaning you will supply your own controller (FrSky, Spektrum, or anything you wish) or it can come pre-installed with TBS Crossfire. It also runs 6s batteries, which offer a bit more flight time – and power – over traditional 4s packs.

If you’re looking to up your game in freestyle, this is the Porsche and Rolls Royce of FPV rolled into one drone. Professional reviewers have called it the best FPV drone iFlight has ever made, and no other company has been able to beat it. It comes in both analog and digital versions. 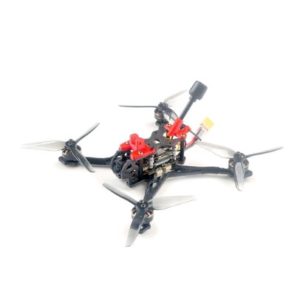 If you’re not quite ready to risk a $500 quadcopter powerlooping your neighbor’s portico – the Happymodel Crux35 is a must-buy. Building on a proven design that spans several years, the Crux35 (so called because it uses 3.5” props) is lighter and more agile than the iFlight Evoque, but would easily trick the most experienced pilot into thinking they’re flying something with much more weight and power.

The benefit of the smaller size comes down to physics: it weighs significantly less, so it tends to crash better. By that we mean, you’ll break less parts if you happen to go down. Which you probably will, let’s be honest.

Whether you go analog or digital FPV, the Crux35 is extremely light. Even at its heaviest, it still comes under the FAA’s 250g limit, which means you can fly it without worry about registration – but you still need to follow the appropriate regulations. 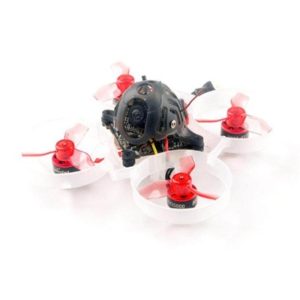 Head to any indoor “Tiny Whoop” race (where hobbyists race tiny, ducted drones around in pre-arranged tracks) and every heat will have at least two of these in it.

The Mobula 6 (goofy name, we know) was among the first to provide an excellent, brushless experience out of the box. It’s still one of the top sellers in FPV, especially in colder months.

These tiny quads require an FrSky compatible controller and are analog-only, which is how a lot of Tiny Whoop racers prefer it, anyhow. Controllers from FrSky, RadioMaster or Jumper would fit the bill nicely. Happymodel will likely come out with an ELRS version of this relatively soon, which would be the recommendation over FrSky in the future.

If you’re looking to just get started in FPV, or flying drones in general (with or without a video feed) there are still a lot of options. Flying without video is called “Line of Sight” and it’s still an excellent skill to have. You never know when you’re going to lose video due to a malfunction – and if you can bring it in safely, that’s one less time you have to pull out your credit card.

Best for Getting Into FPV: Emax RTF Tinyhawk III 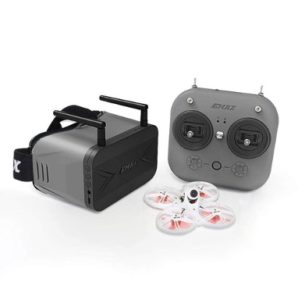 Emax started out making the best motors you could buy, and eventually they just started making everything else, too. In terms of value, robustness and fun – Emax is nearly impossible to beat.

Their Tinyhawk III RTF kit comes with goggles and a radio, as well as a battery and some spare parts. But crashing should not be a concern. Though technically a “ducted” quadcopter, it performs like a much bigger drone. You can also detach the monitor from the goggles, and fly with the monitor attached to your controller if you prefer.Safe enough for indoors, but capable to fly outdoors without too much wind, this is a great start for a beginner. 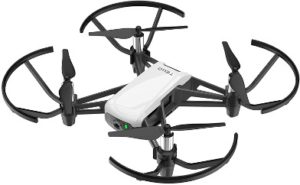 If you’re absolutely not looking to get into FPV or flying with a video feed, the Ryze Tello (made in partnership with DJI) is the best low-cost drone worth having.

It features an impressive 13 minute flight time and packs in some DJI tech making it easier to fly than most RTFs on the market. It’s a great platform to learn on, and it may spark your curiosity enough to either invest in a more expensive DJI drone, or move into FPV.

What NOT to Buy 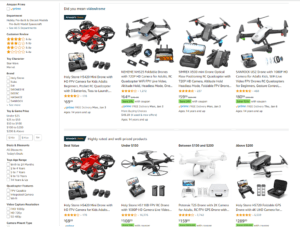 It should be stated, Amazon is littered with cheap drones that either look like more expensive ones, have unpronounceable names, or come from brands even people who fly quadcopters every day have never heard of. We could not recommend any of these cheap “video drones” for a variety of reasons:

The list goes on. Suffice it to say if you’re even remotely serious about flying a drone, you should avoid the cheap offerings on Amazon and elsewhere at all costs.

This list features just some of the amazing tech out there, but these are the best bets on the market in early 2022. Due to global supply chain issues, some of these prices may fluctuate as time goes on. Better to strike while the iron’s hot!

Read more about the Mavic 3 Cine, rules for recreational drones, and where to get started with drone regulations. 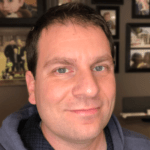 John is an FPV hobbyist and part-time whoop racer. He also enjoys testing new hardware, building drones, staying on top of the latest developments in technology, and writing about UAVs in general. He has 2 kids, 2 dogs and shamefully more quadcopter than he can reasonably count in one sitting.