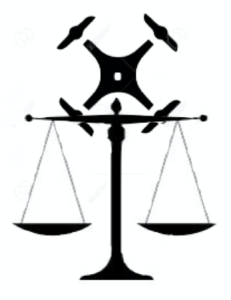 Kittyhawk.io: What Happened to that Proposed Tort Law? Movin…

The following is a guest post by Andrew Elefant, Director of Policy at Kittyhawk.io, an enterprise drone software company in San Francisco, CA.

The good news out of the Uniform Law Commission’s Annual Meeting is that they approved seven new acts – and the Tort Law Relating to Drones Act was not among them. The Act is a final version but contains some alarming positions – including essentially granting property owners the power to make no-fly-zones over their property up to 200 feet above the ground and increasing the legal exposure of businesses and media using drones. It was not going to be voted on or approved at this meeting but it was illuminating for other reasons – notably the flurry of letters sent and positions taken in the lead-up and immediate aftermath of the meeting.

This meeting was important because the ULC’s impact on future legislation can be considerable when taking into account the influence its model rules might have on state legislators. Additionally, there may not be many meetings left in which to convince the Committee that their proposed model rules would likely cause chaos for the commercial drone industry. The Committee’s Chairman, Paul Kurtz, stated that the Committee would meet at least twice more, with the “goal of presenting a final version of the bill for approval by the ULC in July of 2019.”

Now that we know the proposed timeline for the appearance and approval of a final version of the bill, we have a better idea of how to move forward. The drone industry must make sure that the final draft approved next summer removes the many deficiencies of the current draft.

The Committee needs to continue to hear from many voices in the drone industry. It is not a coincidence that the Committee has been more vocal and responsive recently. The Committee was inundated with multiple letters from stakeholders upset at the direction of the draft. Having some of the largest federal agencies and businesses in the industry make it clear that they view the current draft as unacceptable means the Committee could not just dismiss those concerns. Even those nominally in favor of the Committee’s approach cautioned that they should adopt a “significantly more modest definition of the ‘immediate reaches’ of airspace above private property.”

As with many complicated issues, educating the decision-makers becomes even more important. In this case, education of the Committee members is among the most essential tasks facing the drone industry moving forward. As licensed attorneys in multiple states, the Committee members have demonstrated legal expertise and a proclivity to dispassionately analyze issues and reach well-reasoned conclusions. The drone industry must ensure that the Committee has all the relevant information it needs – including the real-world effect these legal principles being considered would have on the regulators and businesses currently moving the industry forward. 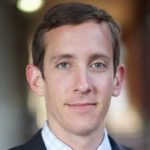 Andrew Elefant is the Director of Policy at Kittyhawk.io, an enterprise drone software company in San Francisco, CA. Andrew is a licensed attorney in California. He is also a licensed Commercial Drone Pilot and a Private Pilot with Instrument and Multi-Engine ratings.