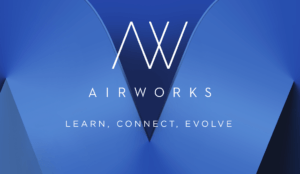 DJI AirWorks is the world’s largest drone manufacturer’s enterprise user conference – the gathering for DJI’s broad ecosystem of customers, distributors, and partners.  Held this year in Las Vegas, the show opened today to a global audience of more than 600 attendees from 46 different countries. 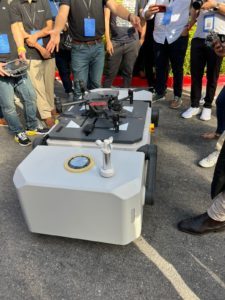 On the first day, as sessions began in the afternoon and vendors set up in the exhibit hall, DJI’s newest products dominated the space and the conversation.  An early look at the programmable DJI Dock, a docking station enabling fully remote operations, took place in the demo area for a crowd of media and influencers.  The DJI Dock solution is one of the developments that has emerged as the result of years of technology development: software that enables repeated waypoint missions – where operators can fly the mission once, and store it so that it can be repeated exactly and consistently.  The DJI Mavic 3 Enterprise and other models have more capabilities than earlier commercial models.  Regulations that are moving – if slowly – towards allowing BVLOS operations on a larger scale.

“DJI has pushed boundaries for 15 years to create the future of possible, and even as basic professional drone flights have become routine, we’re enabling more complex, autonomous and powerful drone applications every day,” said Grant Hosticka, Head of Solution Engineering for DJI in North America. “We know DJI Dock is inspiring our customers and partners with ideas for how a rugged and autonomous drone system can work in their industries. AirWorks is the place where the smartest and most experienced drone people put their minds together to develop tomorrow’s amazing solutions.” 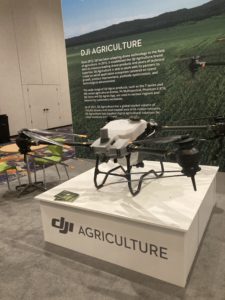 Outside of the exhibit hall, the newest version of the DJI Agras, the T40, was drawing a crowd.  The Agras has capacity for 40 liters – 88 pounds – of liquid fertilizer.  As drone applications and use cases continue to expand into new industries and verticals, the use of drones in agriculture is still growing.  The global food supply is at risk due to geopolitical and environmental issues: increasing production and conserving resources is more important than ever, and drones offer an important tool.

“With more powerful motors and more advanced nozzles, the T40 in one hour can successfully spray a 52-acre field – about four-fifths of a square mile. The T40 is packed with other advancements, such as cameras to map a farm field during a flight, that will make precision agriculture drones an ever more vital tool for farmers to safely feed a growing world,” says the DJI release.

“A Little Bit of Magic”

Head of DJI Communications North America, Adam Lisberg, took the stage at the Opening Remarks and asked the audience to remember the first time they saw a drone – and experienced that “little bit of magic.”  Lisberg said that drones have advanced to the point that technologies out of science fiction have become a reality – and that’s due to the entire ecosystem of developers working together to push the industry forward.    On the exhibit floor, that full ecosystem was on display: with new software solutions, sensors, and services that enable more productive use cases.  Stay tuned for more stories from the floor of DJI AirWorks!