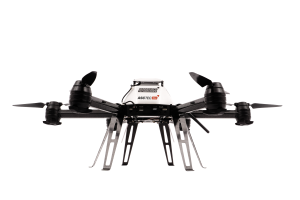 AscTec Neo Drone May Save Trees A team of robotics researchers have found a way to save the environment by dispatching drones into tree holes – yes, tree holes.

In a paper presented last week at the 2016 IEEE/RSJ International Conference on Intelligent Robots and Systems, researchers Kelly Steich and Mina Kamel with the Autonomous Systems Lab at ETH-Zurich demonstrated how UAVs equipped with a sensor array and 3D camera remotely and autonomously examine tree cavities.

These arboreal hollows are often home to several species of wildlife – beetle larvae, woodpeckers and rodents. Since trees with such cavities tend to have low economic value, they are often removed from harvested forests.

“Consequently, their number has dramatically decreased in the last century and many cavity dependent species became highly endangered,” Steich and Kamel stated in the paper.

Field biologists typically inspect tree cavities from the ground with binoculars or by climbing trees and inserting a camera on a pole. Both methods have drawbacks – poor imagery and dangerous conditions for the biologist who has to climb often unstable trees.

“Tree cavity inspection by means of an aerial robot has the potential to solve all these problems, by being safer, more time-efficient and able to gather highly detailed data,” the research team stated.

In a recent experiment, the team deployed an AscTec Neo hexacopter equipped with a laser-guided sensor, 3D camera and robotic manipulator.

“Preliminary experiments on natural trees in a forest have been realized and the results looked promising, but more outdoors tests are needed,” the paper concluded.

The Neo is controlled via a Wi-Fi-enabled laptop and recognition software helps the drone locate and autonomously hover next to a tree cavity. From there, the robotic arm inserts a camera into the hollow to capture stereo images to be used in 3D modeling.

The hexacopter can carry payloads up to 4.4 pounds with a maximum flight time of 26 minutes. AscTec drones are equipped with Intel RealSense sense-and-avoid software (the company having been acquired by Intel in January).

Steich and Kamel believe their initial experiments may lead to a new level of tree inspections. “A more advanced system would handle obstacle avoidance of tree branches to avoid the need for manual piloting, but this was outside the scope of this work,” they stated.