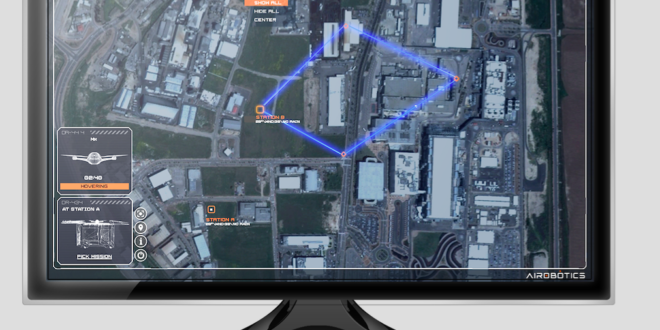 In a press release, Airobotics states that the new program empowers third-party customers to design and develop software that can be integrated into the company’s end-to-end, automatic aerial data collection solutions.

“With the official announcement of our new developer program, Airobotics is well on its way to revolutionizing how drones can be implemented into different industries,” Airobotics CEO Ran Krauss said.

“Our solution is the gateway to demonstrating the immense value drones can introduce to large industrial facilities,” Krauss added. “The variety of applications that can be created using our platform, will lead the way to the next generation of smart factories and facilities that are adopting industrial IoT.”

Drone survey automation is a growing concern among precision industries such as agriculture, mining, construction and utility inspection surveys.

Emerging tech startups such as Airobotics, Sentera and DroneDeploy are on the forefront of the autonomous data subsector within the UAV industry

With the release of Airobotic’s latest scalable, open software, the firm is also opening an App Store for Industrial Drones which will allow outside developers to create software on the Airobotics platform.

Krauss explains that the platform is a three-pronged kit encompassing the Optimus drone, automated base station Airbase and the software itself which allows users to set up one-click mission management.

“Airobotics’ solution is best positioned to add value to complex industries such as mining, oil-and-gas and seaports,” Krauss said, adding, “ These industry sectors benefit greatly from harnessing aerial insights, surveying and mapping, inspection and security/emergency response applications, which are critical missions for industrial facilities that can directly impact the bottom line.”

To apply for the developer program, visit: www.airobotics.co.il/Dev

Share
Previous ZEROTECH Brings the Dobby, to the North America
Next Watch: DJI Inspire Drones Battle it Out in Drag Race