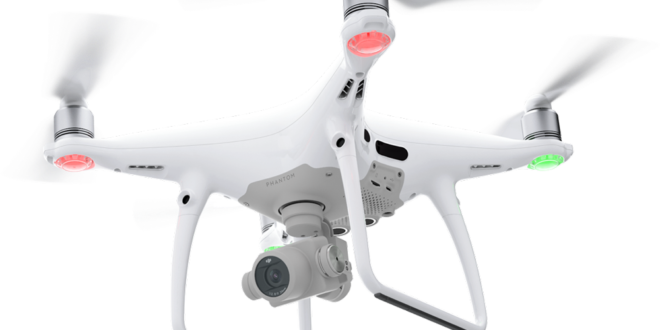 A Closer Look at the DJI Phantom 4 Pro

Now that the dust has settled on DJI’s latest entry to the consumer drone market, we thought it would be a good time to take a closer look at the new Phantom 4 Pro. If you’re undecided on whether to order one in time for Christmas, hopefully this will help to set a few things straight.

On the face of it, it’s easy to look at the Phantom 4 Pro and think that this is a Phantom 4 with a few extras thrown in, but is it as simple as that? How does the Phantom 4 Pro justify costing $500 more than the original Phantom 4 and the Mavic Pro? What features does it have that push it ahead of its internal competition?

The smartest, most powerful drone of its size?

It’s fair to say that DJI went all out on the Phantom 4 Pro. Considering that the original Phantom 4 only came out in March/April of 2016 (Jeez, time flies in the drone industry doesn’t it) this is one hell of an upgrade.

First of all, the DJI Phantom 4 Pro has a high-performance battery that offers pilots 30 minutes of flight time. It can fly at 31 mph with obstacle avoidance in effect, and brave pilots can hit 45 mph top speed in sport mode – Noticeable upgrades on the Phantom 4.

When the original Phantom 4 came out, it was quickly recognised as the smartest drone on the consumer market. But the Phantom 4 Pro has taken things one step further. Instead of having just front-facing obstacle avoidance technology, DJI’s new FlightAutonomy system uses three sets of visual sensors to build a 3D map of obstacles in front, behind and below the drone. There are also infrared sensing systems on the right and the left sides.

In all, this adds up to obstacle avoidance in four different directions. The same system can also be used to autonomously navigate and plan routes while dodging obstacles in complex 3D environments.

The Phantom 4 Pro also comes with a range of new autonomous flight modes, including DJI’s latest ActiveTrack technology and a Trace mode, allowing the drone to follow a subject while avoiding obstacles automatically.

Camera Quality – Does the DJI Phantom 4 Pro blow the competition away?

Yes, it looks like it does. The Phantom 4 camera looks like it’ll be a hit with professional photographers. It packs a 1-inch 20-megapixel sensor, 12 stops of dynamic range to bring out more levels and better low-light performance, and a mechanical aperture to eliminate distortion in fast-moving scenes.

It’s also capable of capturing slow-motion 4K video at up to 60 fps at a maximum bitrate of 100 Mbps. On top of that, the Phantom 4 Pro has built-in video compression, which makes a big difference to video quality at the same bitrate.

There are often a few things overlooked whenever a big product launch happens. Here are a few features of DJI’s Phantom 4 Pro that you may not have heard about yet:

The Phantom 4 Pro comes complete with a basic level of gesture control for capturing selfies. There are two gestures that DJI says it can respond to. The first is a lifting of the arms, which the drone essentially uses to recognise your location and track your movement. The second is a “holding your arms out” gesture, which probably requires a bit of practice, but sets of a three-second countdown – enough time to strike a pose. 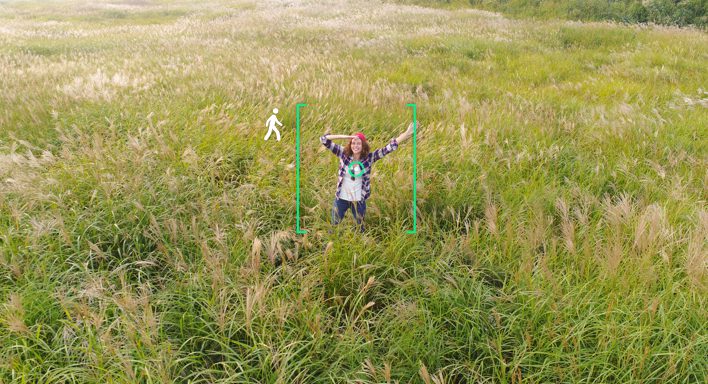 The Phantom 4 Pro has an element of gesture control

It’s fair to say that the original Phantom 4 controller wasn’t as portable and easy to use as many pilots would have liked. The Phantom 4 Pro comes with a much more compact version, complete with a high luminance display that offers a live HD view from the main camera along with telemetry data. Cleverly, the drone will also automatically choose between 2.4GHz and 5.8GHz to gain a clear signal in areas with high radio interference. The new controller has a built-in GPS, compass, Micro-SD card slot and HDMI port. 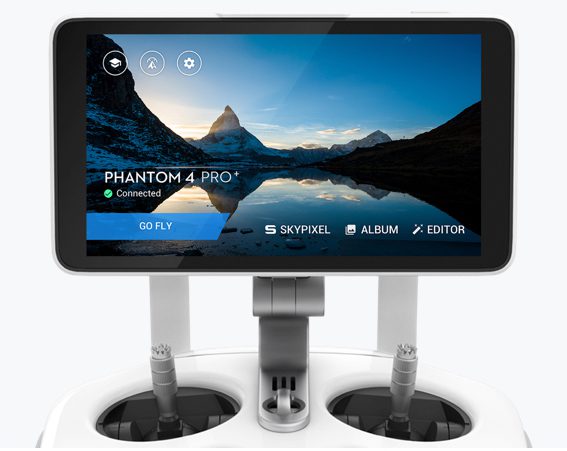 Cleverly, the drone will also automatically choose between 2.4GHz and 5.8GHz to gain a clear signal in areas with radio interference. The new controller has a built-in GPS, compass, Micro-SD card slot and HDMI port.

Plenty of the latest drones have a return to home function, but this mode on DJI’s latest models takes things to another level. Effectively the Phantom 4 Pro can ‘remember’ the route it has taken to reach its current point, determine the current flying conditions and choose the best route back to its takeoff point. To top it off, it will remember obstacles it may have encountered on the way and actively avoid them on the return journey.

As with the Mavic Pro, the DJI Phantom 4 Pro has sensors and cameras that will record the takeoff point in incredible detail, landing as precisely back in the exact same spot as possible.

How much does the DJI Phantom 4 Pro cost?

Quite a lot. The standard bundle will set you back $1,499. If you want the top end remote controller, which has a built-in screen, the price goes up to $1,799.

Too much for you? Consider the Mavic Pro or the Phantom 4 instead. Both are currently selling for under $1,000, and offer camera quality that’s more than good enough for the majority of pilots.