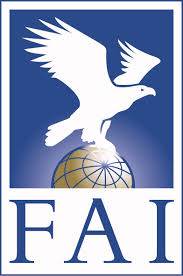 The Fédération Aéronautique Internationale, or FAI, claims to be “the world governing body for all air sports recognised by the International Olympic Committee,” and as such, “responsible for world drone sports.” The Federation has issued a statement announcing the formation of a Working Group for drone regulation, “comprised of members of the FAI Executive Board and the Executive of the Aeromodelling Commission as well as senior FAI officials.”

The group intends to develop codified regulations for drone sports, including drone racing.

The Working Group will deal with sporting and regulatory aspects of drones, ensuring rigorous rules development for Drone Sports, based on the FAI Sporting Code on FPV Racing. This will include the rules for the first FAI World Championships to be held in 2017, and possibly Regional Championships. The group will connect Drone Racing event organisers around the world with FAI, grow the number of events on all levels and organise recognition in the FAI World Cup.

The Working Group will also help member organizations and other drone organizations to collect, assess, and distribute information about drones to regulatory authorities, based on the FAI’s Common Strategy for Drones.  The Common Strategy proposes that flight organizations work to establish themselves as resources for the local governing authorities in order to protect their rights and avoid overlapping regulation, and collaborate with drone manufacturers to introduce new players to drone sports.  The group will also host a Drone Expo which will combine commercial drone interests with drone sports:

Another initiative for the group is a planned FAI International Drone Conference and Expo, which will feature FPV Racing as well as panel discussions about Sports development, regulatory and safety aspects as well as the practical uses of drones in areas such as maintenance, agriculture, and aerial filming, where the pilots often get their start in Aeromodelling. Drone manufacturers and student groups will also be invited to participate.

While establishing a set of rules for drone racing could take some time, it could also be the first step toward seeing drone racing featured in the next Olympic games.