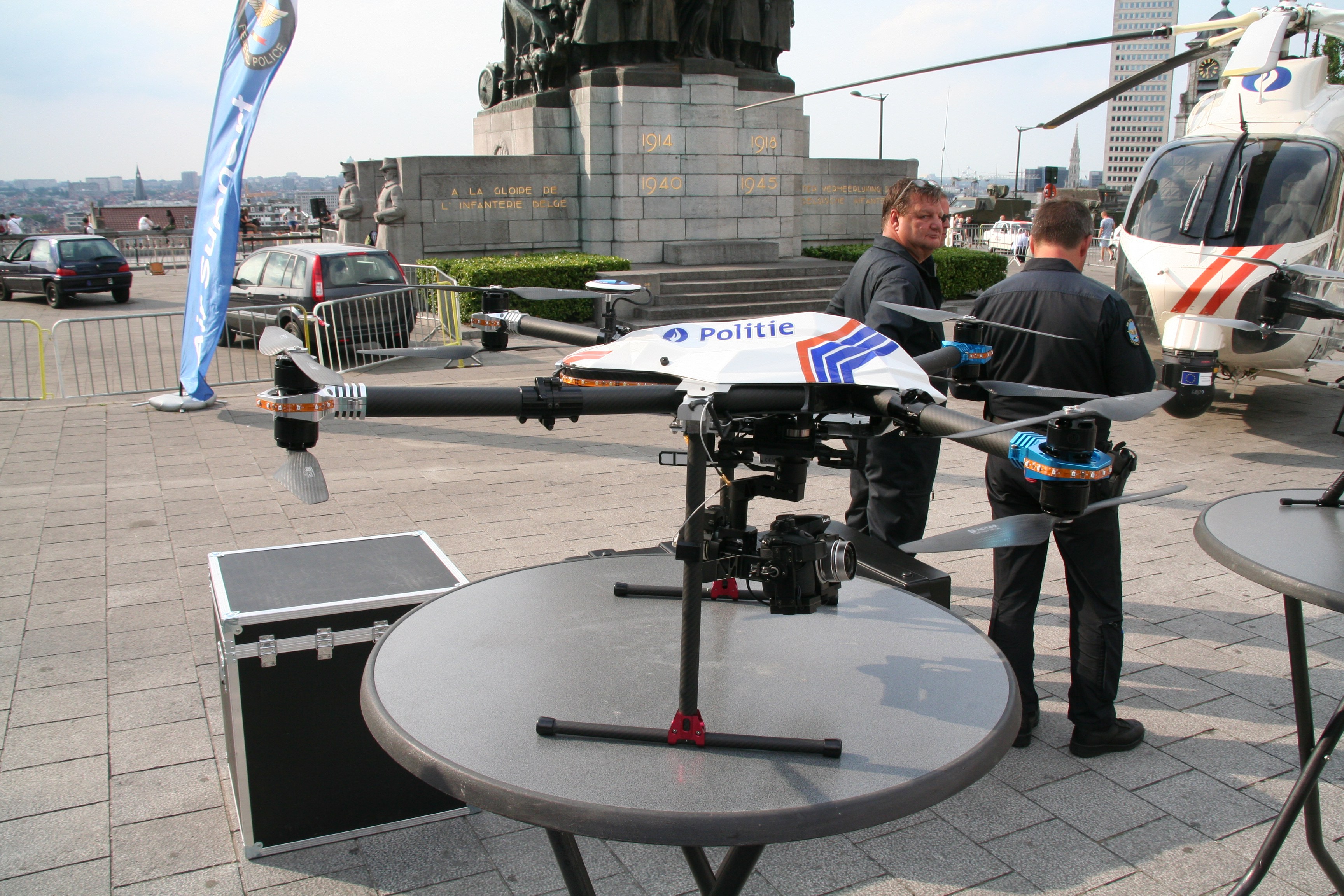 The now-famous cry “don’t tase me, Bro” may someday be shouted into the heavens at indifferent drones.

Taser, a company synonymous with police stun guns, discussed arming drones with its electrifying products at the International Association of Chiefs of Police in San Diego earlier this month.

According to the Wall Street Journal:

“A Taser employee showed some police leaders a drone, and discussed how different things could be attached to it, including a camera, a light and a stun gun—a less-lethal weapon that discharges an electric shock.”

The company has no plans to get into the drone-manufacturing business but would probably use already established brands.

“One can certainly imagine high-risk scenarios such as terrorist barricades where [UAV] capability could allow public safety officers to more rapidly incapacitate a threat and save many lives,” Taser spokesperson Steve Tuttle told WSJ, adding that the company was also “considering the potential misuses of such a technology in our discussions and before we would make any decisions.”

However, some law-enforcement experts think piloting a drone while also trying to zap a suspect may be easier said than done. “It’s very hard to envision flying at 50 feet in the air and this thing’s moving and the person’s moving—it could be hard to tase them,” National Tactical Officers Association executive director Mark Lomax said in the WSJ interview.

The concept of weaponized police drones has already been a topic of discussion in law enforcement. Several media outlets reported that a bill passed in North Dakota last year authorized police to use of Tasers or tear gas. However, as Popular Science pointed out, the bill prohibited police use of lethal weapons but did not explicitly authorize non-lethal ones.

From a business standpoint, Taser’s marketing of stun drones could be a perfect fit for the company’s other police products such as evidence database software that already can manage a department’s video uploads.

“Video from a drone could be uploaded along with body camera video, making prosecution easier as well,” said Motley Fool analyst Travis Hoium. He estimates the sale of Taser-equipped drones would add up to $4.75 million to the company’s top line within a year.