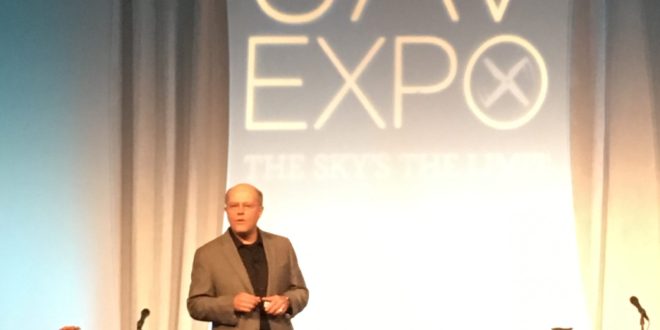 What it Takes to Succeed in Drones

Mark Bathrick, of the US Department of the Interior, should know what it takes to succeed in commercial drone business.  He runs a department that is one of the United States’ leaders in use and integration of UAV technology.  His department runs a project managing over 500 million acres and using more than 1,200 aircraft to do it – including hundreds of drones.  The drones perform more than 25 different applications to manage US lands, including avalanche control, monitoring of illegal dumping, and surveying.  In addition, he is an advisor for startups – and has had the opportunity to critique a number of new drone businesses.

As a keynote speaker at the Commercial UAV Expo in Las Vegas this morning, he shared the four competencies he says are essential to success in the commercial drone industry: aviation, privacy, security, and culture.

“Part 107 gave the foundation for commercial UAV business,” said Bathrick.  “The number of unmanned aircraft registered in the United States exceeds the number of manned aircraft registered in the United States by 90%.”  But despite the early stage of the industry, Bathrick says that competition is already ramping up.  “There are over 500 drone manufacturers in the space… and hundreds more in related technologies…We’ve already seen a winnowing of companies as capital and customers get more tight.”

Bathrick is enthusiastic about where the commercial drone industry is going, and sees almost limitless possibilities.  “It’s an incredibly exciting time to be working in this space…. I can’t see an end to where we’re going to apply this technology.”