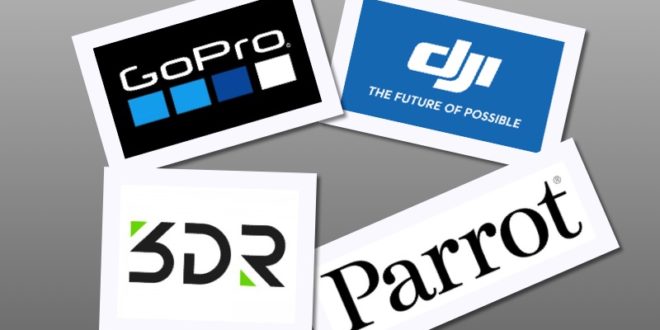 The Drone Manufacturer’s Alliance (DMA) an advocacy group of leading drone makers founded by DJI, Parrot, 3DR, and GoPro, has published a letter to President-elect Trump praising his nonimation of Elaine Chao for Transportation Secretary and asking Trump to support the drone industry.

Chao is Trump’s choice to replace current Transportation Secretary Anthony Foxx, who in recent months has been actively supportive of moving drone regulations forward. “Secretary Chao is a proven leader, and we are encouraged by her long-held approach to balanced regulation. We look forward to working with her and her team on policies that promote innovation and allow the drone market to flourish in a responsible and safe manner,” said DMA Executive Director Kara Calvert.

Pointing out the economic impact of drones, the letter asks Trump to move forward on the FAA’s efforts towards drone integration: “More broadly, we are pleased the FAA is developing and executing drone policy that recognizes the benefits of a vibrant and innovative drone market. We urge your Administration to continue the trend. If we move forward with a balanced regulatory structure, we believe the market will meet the projections of $82.1 billion in economic impact and 100,000 jobs by 2025.”

The letter also asks the Trump administration to reexamine the possibility of a micro drone classification: a regulatory category of drones based specifically on size and including those weighin less than 4.4 pounds.  While the concept of a micro drone class was introduced in almost every version of The FAA Modernization and Reform Act of 2012 considered, the FAA has said that they are not in favor of size-based regulation, preferring to use a framework of risk-based criteria.

“Creating clear rules and eliminating the distinction between recreational and commercial use for the smallest and safest classification of UAS would cut red tape for entrepreneurs and encourage a culture of safety and compliance,” says the letter.  “A “micro” category would also relieve the FAA from the burden of licensing and other managerial and logistical considerations for low risk commercial operations, allowing the agency to focus its resources on more challenging UAS integration efforts.”

In addition, the Alliance emphasizes the need for clarity on FAA preemption, pointing out that the “patchwork quilt” of state and local laws that the FAA warns against, as individual states and communities insist upon their rights to enact drone laws, pose a threat to the drone industry.

The letter also asks protection for recreational drone operators; a collaborative approach on developing privacy policy; and flexible standards that foster “inventive solutions,” something the burgeoning drone industry has shown they can do well:  “We believe standards can help create useful and necessary parameters, but strict technological mandates can have the unintended consequence of locking in old technology and impeding the development of new hardware and software solutions,” the Alliance states. “As drone-related standards are considered, it is critical they are federal in nature to avoid a patchwork of cumbersome state and local technology mandates. We are hopeful we can work with you and Congress on a reasonable approach related to standards.”