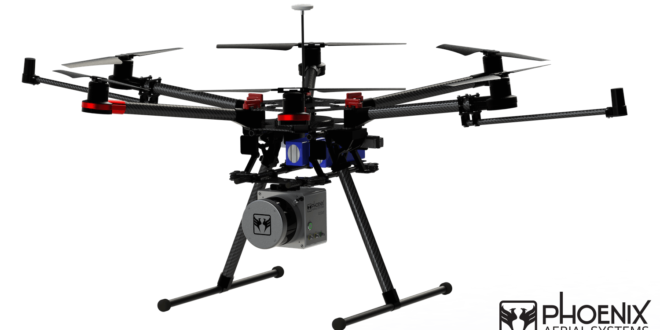 LiDAR sensors and drones go together like PB&J and an industry report paints a rosy picture for both industries.

Following the explosion in drone adoption across precision industries such as mining, construction, utility,   inspection and agriculture, sales of sensors ranging from thermal to sonar to LiDAR have soared. The market is expected to rise to $1 billion by 2020 – an increase of 20 percent.

As explained in a previous DRONELIFE report: “[LiDAR] is used to measure distances from the sensor to the object by calculating the time between the release of laser pulse to time the reflected pulse is received.” The data obtained from the laser pulse can detect pollutants and gases as well as produce precision elevation maps.

“The global LiDAR market is also significantly gaining from the rising demand for laser scanners. These scanners exhibit high wavelength and are used for making clear 3D models for surveyed areas,” the Transparency report states. “Based on application, the corridor mapping segment has emerged dominant in the market due to rapid urbanization and increasing construction of highways, roadways, and railways.”

The report also points out the growth of LiDAR drone markets could be stymied by a lack of pilots trained to operate sensor-loaded drones. NOAA offers a non-certified online program that is “introduces several fundamental concepts of LiDAR and demonstrates how high-accuracy LiDAR-derived elevation data support natural resource and emergency management applications.”

The rotary drone sector is expected to outpace the fixed-wing market when it comes to LiDAR-related sales, the report notes. “The design of rotary wing LiDAR enables easy access to confined specs such as bridges and pipeline, due to which it is preferred for monitoring and inspection applications.”

Companies such as LeddarTech have leveraged the growing demand for drone LiDAR sensors. DRONELIFE columnist Colin Snow notes that the company’s release of the modular Vu8 could be a “perfect solution for autonomous drone use.”  The compact sensor – weighing in at 75 grams – can detect targets up to a range of 705 feet and the company says it can produce “highly accurate, multi-target detection over eight independent segments.”