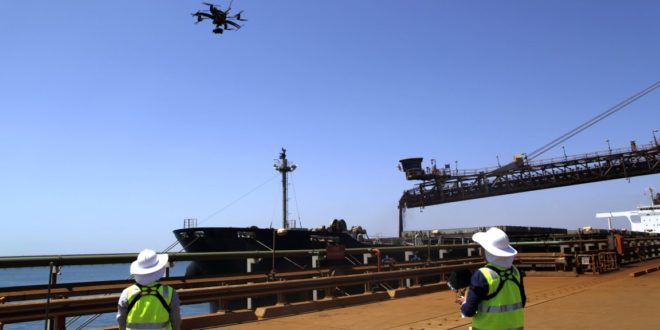 One of Australia’s largest mining and metal companies is quelling media claims that its recently launched drone data program will spy on its employees.

Responding to a report in the Guardian last week, Rio Tinto officials assured workers that the British-Australian multinational nor its contractors plan to keep employees under surveillance.

Calling the article an “investigation,” the Guardian claimed that one of Rio Tinto’s contractors, French company Sodexo, planned to use drones to surveil mining employees in the Pilbara region of Western Australia.

However, Sodexo released a statement clarifying that “there is no use of (non-mining) drones at any of the Rio Tinto sites in the Pilbara, and that all data collected is in line with both Australian government legislation and Rio Tinto privacy policies.”

According to Mining Journal, Rio’s vice president of human resources Nicky Firth issued a statement to workers emphasizing the Guardian article was in error.

“We do not, nor will we in future, use drones to monitor employees on any of our sites or premises,” Firth said. “This concept has never been proposed and there is no provision in the contract with Sodexo for this form of activity.”

If drones continue to perform well in Australia, Rio Tinto may expand the data-analysis program at its sites around the world. The company, which employees more than 60,000 workers in more than 40 countries, mines aluminum, iron ore, copper, uranium, coal, and diamonds and refines bauxite and iron ore.

“Drones are also significantly cheaper than helicopters, and negate the need to buy or rent scaffolding and other equipment for inspections. Similarly, equipment can stay online during inspection,” company officials said in a press release.

Rio’s drone strategy is part of its Mine of the Future program that includes deployment of 54 self-driving trucks, an autonomous long-distance railroad system, and an automated drilling system.

Share
Previous Buying a Drone as a Gift: 5 Things You Should Know
Next Rain Resistant Drones Bring Power to Indonesia