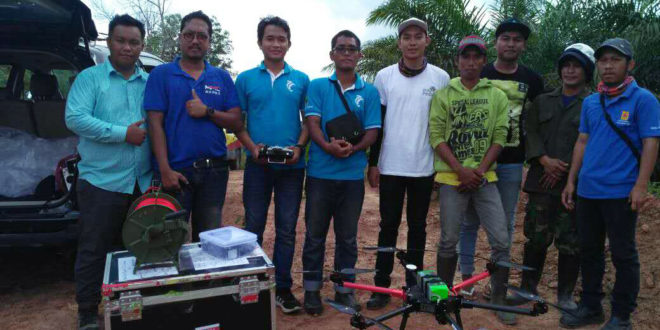 Sponsored by MMC – While industrial drones for energy applications need flight endurance, reliability and a host of other features, Indonesia and many other Southeast Asian countries have another requirement: rain resistance.

In many ways, drones are the perfect tool for power line stringing and inspection in Indonesia.  It’s unique terrain – with over 18,000 counted islands, rugged mountains, and large areas inaccessible by roads make power line stringing and inspection difficult and dangerous to do with a human workforce.  Drones offer a cost effective and humanitarian alternative that will allow the country to move forward with plans to bring power to the entire country.  But it takes a special drone to stand up to Indonesia’s climate: one that can let the water roll off its back. 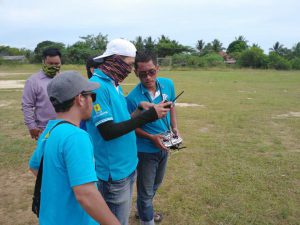 The Indonesian State Electricity Company, PLN has a challenge ahead: 100% electrification.  “Indonesia aims to achieve nearly complete electrification of the country by 2020,” says the Global Business Guide Indonesia Energy Company.  “During the APEC CEO Summit in Beijing, President Widodo… announced his crucial goal: to boost Indonesia’s electricity production and distribution to facilitate economic growth. He laid out his ambitious infrastructure project plans and pledged to allocate most of his resources in the immediate term to facilitate infrastructure development.”  But in the country known as the “Emerald on the Equator,” Indonesia’s rainy season can last for a full half of the year; and the average yearly rainfall can top 240 inches.  This amount of rain can have serious effects on infrastructure projects – which can’t always wait for a sunny day to move forward.

To find the right drone for the job, PLN has partnered with Chinese industrial and commercial manufacturer MMC who will provide drones and training for PLN’s development team. MMC’s new multi-function drone, the A6 Plus  provides an ideal tool: the universal plug-and-play system allows the team to interchange drop systems or cameras; the carbon fiber materials and impermeability make it rain resistant.

MMC’s expertise in utilities and existing relationships with other players in the region make for an effective partnership.  Recognized by regional electricity conferences as en eco-friendly solution, MMC drones are already used by power line contractors across the region.