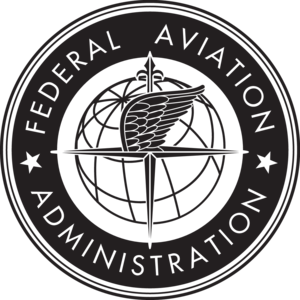 The FAA and SkyPan International have reached an agreement on the $1.9 million civil penalty proposed by the FAA in October of 2015.  The proposed fine was the largest penalty ever suggested for infractions of drone regulations.

In a press release, the FAA says that they have reached “a comprehensive settlement agreement with SkyPan International, Inc., of Chicago. The agreement resolves enforcement cases that alleged the company operated unmanned aircraft (UAS) in congested airspace over New York City and Chicago, and violated airspace regulations and aircraft operating rules.”

SkyPan has been an aerial photography company for over 25 years, and held a Section 333 Exemption for commercial drone use when the FAA filed a complaint against them for earlier flights in restricted airspace.   The FAA alleged that the company flew 65 unauthorized drone flights over various locations in New York City and Chicago between March of 2012 and December of 2014, 43 of these in the highly congested and restricted New York Class B airspace.

“Flying unmanned aircraft in violation of the Federal Aviation Regulations is illegal and can be dangerous,” said FAA Administrator Michael Huerta. “We have the safest airspace in the world, and everyone who uses it must understand and observe our comprehensive set of rules and regulations.”

The FAA claimed that the company operated flights in the New York Class B airspace without receiving prior air traffic control clearance, and that the drone used was not equipped with the required two-way radio, transponder, and altitude-reporting equipment.

The terms of the agreement, while far from the $1.9 million penalty proposed, still results in a hefty fine combined with required public service.

“Under the terms of the agreement, SkyPan will pay a $200,000 civil penalty. The company also agrees to pay an additional $150,000 if it violates Federal Aviation Regulations in the next year, and $150,000 more if it fails to comply with the terms of the settlement agreement,” says the FAA statement.  “SkyPan also agrees to work with the FAA to release three public service announcements in the next 12 months to support the FAA’s public outreach campaigns that encourage drone operators to learn and comply with UAS regulations.”

Former FAA Deputy Administrator Michael Whitaker, testifying before the House Aviation Subcommittee on drone safety immediately after the FAA filed the complaint against SkyPan, acknowledged that the move was designed to set an example and prove the FAA’s willingness to prosecute drone violations. “Earlier this week, the FAA proposed a $1.9 million civil penalty against a company that knowingly conducted dozens of unauthorized flights over Chicago and New York,” said Whitaker. “This sends a clear message to others who might pose a safety risk: operate within the law or we will take action.”

Share
Previous What Can We Expect From DRL in 2017?
Next DRONELIFE Talks Drones in the Home of the Future