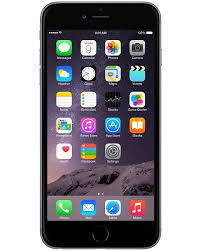 Apple Inc. has a new plan to improve the data accuracy of their Maps service and to finally catch up with industry leader Google Maps, Bloomberg reports: drones.

Insiders say that Apple is putting together a dream team of robotics, drone and data-collection experts to execute it’s plan to use drones to capture and update map information. The drones should be able to capture data faster than the minivans currently in use.  A resource from within the company who did not wish to be named says that the team includes at least one member of Amazon’s Prime Air division.  Apple’s new team will be located in Seattle, near Amazon’s headquarters.

Apple filed for an FAA Section 333 exemption on Sept. 21, 2015, according to documents obtained by Bloomberg News. The Exemption was granted in March of this year, meaning that Apple could operate immediately if adhering to restrictions about flight over people and VLOS (visual line of sight) flight.  VLOS flight restrictions in the US may make the idea less practical for the time being; although Apple could start programs overseas where drone regulations offer fewer barriers to program development.

While the idea of using drones for widespread data collection is not new, the company may run into resistance from the public when the drones become widely visible.  Google’s street vans were widely criticized when first introduced for collecting more information than originally intended: the regulations on what data may be collected by drones have not yet been clarified.  The most recently passed FAA Reauthorization package calls for a study of privacy related regulations for drones.  Those laws could limit or prohibit the program being implemented.

Along with efforts to keep Maps data updated more quickly, the team is developing new features for the Maps application, which could include improving the car navigation feature and interior building views.

Share
Previous DJI Has Decided That The Inspire 2 is Too Fast
Next The Latest From Standing Rock: FAA Refuses Media Drone Permi…