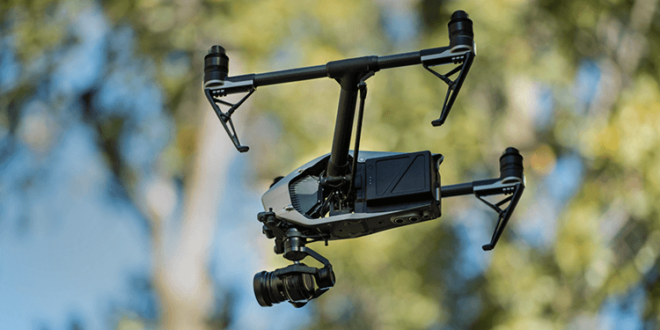 DJI Has Decided That The Inspire 2 is Too Fast

In what’s probably a first in the drone industry, DJI has decided to lower the top speed of its latest drone, the Inspire 2. The new prosumer model from the Chinese drone giant is designed for professional photographers, and was initially available for pre-order with a top speed of 67mph and a frightening acceleration of 0-50mph in 4 seconds.

The powers that be at DJI have crunched some numbers and decided to dial back on the Inspire 2’s power in order to keep the video quality as pristine as possible. It turns out that the original plans were simply too fast. The new specification for the Inspire 2 has its top speed at 58mph – a 9mph drop – and an acceleration of 0-50mph in 5 seconds.

It’s hard to say whether this is a big deal or not. On the one hand, the Inspire 2 has been available for pre-order since its launch on November 15th. And those who have paid up so far have done so on the basis that they will be receiving a drone that matches the original specs given by DJI. We can’t say whether the drone’s speed would have been an important factor in those purchasing decisions. It’s not supposed to be a racing drone of course, but speed does add to the variety of shots that can be captured. In all we can’t imagine that this update from DJI will be much of an issue.

Want to see exactly how fast the Inspire 2 can go? – Watch: Drag race between the old and new Inspire models

But just in case it is, DJI is offering a full refund to anyone who wants it. Given the other specs of the Inspire 2, it’s unparalleled features and the sheer variety it’s going to offer aerial photographers, we don’t think the refund queue is going to be very long.

We’ll have an in-depth piece on the Inspire 2 live on the site very soon. In the meantime, the full statement from DJI regarding the new top speed can be read below:

We recently announced the Inspire 2, a ready-to-fly aerial platform for high-end filmmaking and video creators. At launch, we said the Inspire 2 is expected to accelerate to 50 mph in 4 seconds and reach a top speed of 67 mph.

After further optimization and testing of various components of the craft, camera gimbal and propulsion system, our engineers have revised those specifications. The Inspire 2 is now expected to accelerate to 50 mph in 5 seconds and reach a top speed of 58 mph. These changes are necessary to ensure speed does not compromise video quality and stability.

We believe the Inspire 2 is the world’s most powerful and versatile aerial platform for professional filmmakers and content creators. However, we realize this small change in specifications may be significant to those who want to push their visions to the limit. Any customers who have pre-ordered an Inspire 2 but no longer wish to purchase one will be able to request a full refund from DJI and its authorized resellers. We will email all Inspire 2 customers to make them aware of this change and the refund process.” – DJI