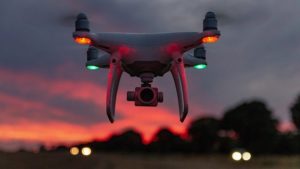 The U.S. Department of Commerce has blacklisted DJI.  The world’s largest drone manufacturer has been added to the agency’s “Entity” list along with 76 other companies, including other Chinese technology companies and research institutions.

As tensions between the U.S. and China increase, DJI has struggled against fears about the security of their platform, and attempts by lawmakers to ban Chinese-made drone tech from government drone programs.  The Department of Justice banned the purchase of DJI drones with program funds: the Department of the Interior downed their DJI drone fleet despite a collaboration with the company designed to reassure them about data security.

Most recently, DJI had some good news, as the U.S. National Defense Authorization Act went through without a blanket limitation on DJI drones.  This latest news that the Department of Commerce has blacklisted DJI, however, will certainly affect the company’s U.S. market – and possibly force them to make significant changes.

Inclusion on the list means first that DJI has been identified as a company that might “pose a significant risk of being or becoming involved in activities contrary to the national security or foreign policy interests of the United States.” Additionally, inclusion on the list could impose limitations on DJI’s ability to source components in the U.S.  (EAR refers to Export Administration Regulations, BIS refers to the Bureau of Industry and Security.)

The EAR (15 CFR parts 730-774) impose additional license requirements on, and limit the availability of most license exceptions for, exports, reexports, and transfers (in-country) to listed entities. The license review policy for each listed entity is identified in the “License review policy” column on the Entity List, and the impact on the availability of license exceptions is described in the relevant Federal Register notice adding entities to the Entity List. BIS places entities on the Entity List pursuant to part 744 (Control Policy: End-User and End-Use Based) and part 746 (Embargoes and Other Special Controls) of the EAR.

..For four of the seventy-seven entities – AGCU Scientech, China National Scientific Instruments and Materials (CNSIM), DJI and Kuang-Chi Group – BIS imposes a license review policy of case by case review for items necessary to detect, identify and treat infectious disease and a presumption of denial for all other items subject to the EAR.

Why DJI was Blacklisted

Proposed bans on DJI drones have cited data security, accusations which DJI has worked hard to refute.  Surprisingly,  the federal register notice of the Entity list cites an entirely different reason for blacklisting DJI: the support of human rights abuses.

The ERC determined to add the entities AGCU Scientech; China National Scientific Instruments and Materials (CNSIM); DJI; and Kuang-Chi Group for activities contrary to U.S. foreign policy interests. Specifically, these four entities have enabled wide-scale human rights abuses within China through abusive genetic collection and analysis or high-technology surveillance, and/or facilitated the export of items by China that aid repressive regimes around the world, contrary to U.S. foreign policy interests.

The inclusion of the list may damage DJI’s ability to sell in the U.S.: at current estimates, the company holds between 65 – 78% of the market.