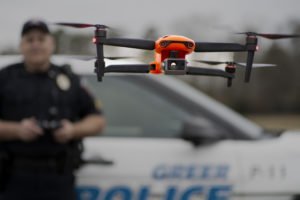 Autel Drones Manufactured in the U.S.

Today’s announcement about Autel Enterprise Made in USA EVO II Dual Bundles – Autel drones manufactured in U.S. – signals a significant drone industry trend.  “Made in America” now has new importance for the drone industry: and a more specific meaning.

Autel‘s EVO II has been a compelling competitor to other commercial off the shelf (COTS) aircraft for the drone industry, and particularly in the public safety sector.  The EVO II is well-equipped, easy to use, weather resistant, and relatively inexpensive.  Partnerships like the one recently announced with drone mapping company Pix4D mean that public safety departments can purchase an integrated solution and get use out of it quickly.  Now, the EVO II Dual Bundle can also be described as “A rapid-deployment, packable unmanned aircraft made in USA with foreign and US components and labor,” as today’s press release states.

The announcement represents a significant investment for Autel in its U.S. business, but not a shift in direction.  While Autel Drones’s airframe manufacturing has been done in Shenzhen, China, arguably the global center of drone manufacturing; a significant amount of the work – and company management – has been based in the U.S. offices out of Bothell, WA.  What has changed, amidst increasing pressure on Chinese technology companies, is the need for transparency about manufacturing and sourcing.  By announcing that some Autel drones are manufactured in the U.S., the company is taking active steps to clarify exactly what parts are made overseas and what parts are made in the U.S.

“With an airframe from China, IR/thermal cameras from FLIR in the USA, and Sony imagers from Japan, the final product is assembled in Bothell, WA with American labor,” says the announcement.

“We notified our dealers that the change in manufacturing is effective immediately, and this new series of bundles does not impact our ability to ship existing stock. We have been making running changes to the product line in order to accommodate our customer needs since the day we initially released the product,” said CEO Gary DeLuca.

“We also source the majority of our bundle components from US manufacturers such as FoxFury, GPC, TacSwan, and others” said DeLuca. “Our software and other components are predominantly also from domestic and NATO suppliers. We’re deeply focused on shifting the product program to a Made in USA direction. We brought in outside consultants to assist us in identifying resources and processes that bring us closer to our American roots.”

Why “Made in America” is Important for the U.S. Drone Industry

The U.S. government pushback against Chinese-manufactured technology has been centered around security concerns.  Wherever you stand on that issue, in the drone industry as in anything else, perception is a large part of reality.  As a result, many public safety agencies want assurance that the product they use is made in the U.S. in order to reassure stakeholders about data security.”Made in America is vital to Autel Enterprise Robotics as we strive to deliver an airframe that can be confidently utilized by our Public Safety and Federal agencies.  We want these agencies to know when they are flying, their information and data are secure, end to end,” says John Kuch, Autel’s Public Safety/North American Enterprise Sales Manager.