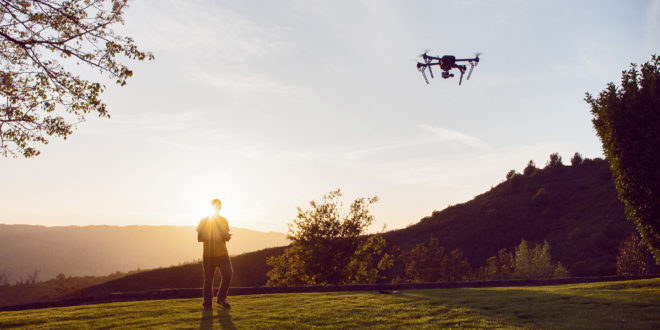 In addition to opening up lucrative skies across numerous industries, the Drone Revolution provides visual artists a vibrant new canvas to share their vision with the world.

“The most exciting thing about drones – the reason I got into shooting with [drones]— is because as a director, there’s nothing more exciting than camera movement…it’s like, ‘I can put this camera anywhere I want in 3-D space as long as I can fly it there. That’s amazing,’” said New York City Drone Film Festival director Randy Scott Slavin in a 2014 interview.

Over the past two years, drone film festivals have expanded worldwide from the U.S. to Bulgaria to Australia. Note: Each film festival featured has indicated plans to continue in 2017. However, plans change so be sure to check next year before preparing a submission.

Billed as “an open competitive drone film festival focused on aerial cinema created from the perspective of (drones),” the Flying Robot International Film Festival has created a large footprint, attracting “A list” sponsors such as Parrot and 3DR. FRIFF is held each November in San Francisco.

The 2016 festival chose 25 drone films out of 180 submissions in eight categories: Cinematic Narrative, Epic Landscape, Drones For Good, FPV/Aerial Sports, WTF LOL, I Made That!, Student Film and Promotional

To help encourage a wide diversity of entrants, FFIFF keeps entry fees at a low altitude – just $10 or free for students. Competitors vie for more than $10,000 in drone swag and cash.

Past judges have included many well-known drone videography experts, including Veronica Belmont, host of Engadget’s Dear Veronica; Mike Senese from Make: Magazine and Terrence Williams from AerialSkyLab and 3DR.

“Start spreading the news … we want to be a part of it — New York, New York (Drone Film Festival).”

What happens in Vegas doesn’t stay in Vegas when it comes to the InterDrone Film Festival.

Part of the giant InterDrone expo held in September, IFF launched in 2015 – the brainchild of Ted Bahr, CEO of BZMedia. Past festivals have offered more than $8,000 in cash and prizes — $500 for each category winner and $200 for runners-up. Categories include Natural Wonders, Cityscapes and Architecture, Action Sports, Acrobatics/Technical Skill, Storytelling, and Reel. Best in Show wins $2,000 and the entry fee is $30.

Celebrating its inaugural year this past April, the Australian Drone Film Festival was held at the Emergence Creative Festival in Margaret River, Western Australia. After a soft launch, festival organizers are gearing up for a larger 2017 event with strict guidelines – each entry must be filmed using only drone-mounted cameras and footage must be exclusive to the festival.

Hamburg, Germany plays host to Age of Drones Video Awards in November. Created as an international competition, the ADVA seeks to “demonstrate the beneficial and productive applications of drone technology as promising tools that aerial cinematography has to offer.”

Amateur videographers may enter at no charge while professional must pay a 100-euro production entry fee. Categories include Nature, Urban, Commercials, Extreme and Wild, Narrative and Cinematic and Amateur.