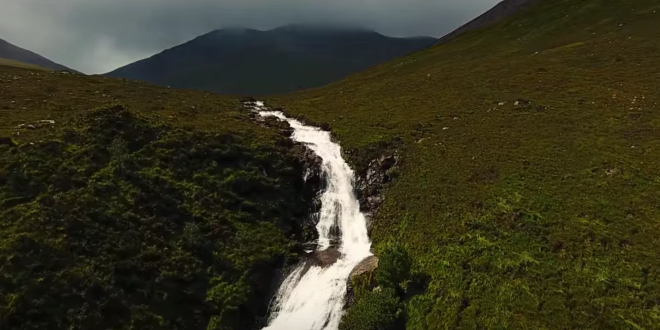 We’ve seen so many incredible videos shot via sUAS in far flung locations lately that we decided to collect some of our favorites into a post, so we could share them with everyone in our community.

These are places we’d love to visit. We feel lucky that we’ve gotten to know them a little bit through these videos, and we’re grateful to all the pilots and videographers out there who send us their impressive work.

We spend a lot of time thinking about cameras and drones, and sometimes it’s nice to stop thinking, and just enjoy the pretty pictures. So without further ado, here are the videos.

This video was shot using the tilt-shift effect, which makes everything appear miniature. Love how we get to experience Cape Town and other parts of South Africa through this unique perspective. There is just so much LIFE in this video!

This video was shot by Hloniphizwe Coleman and Luke Maximo Bell using a DJI Phantom.

About the video Luke wrote us:

“We have admired tilt shift videos for a while, but given only 24 hours to capture our video, we were daunted by the proposition of finding and gaining access to the buildings and looks-outs tilt shift videos are normally captured from. To solve this we turned to probably the greatest filmic problem solver to come out in my short career as a videographer: the drone.”

This video was shot over three years in dozens of locations in South Africa, Botswana, Namibia, and Zambia. It provides a great introductory tour to all the diverse landscapes and ecosystems on the massive continent of Africa.

Though we couldn’t track down details about the technical side of things, there is a long list of locations available on YouTube to show you all of the different spots where filming was done. Very impressive work.

This video has it all: landscape, wildlife, and the people themselves from the country of Namibia.

Something we love about this video is that you can tell the videographer is in love with this landscape. Though arid and harsh, there’s great beauty here, and the camera work really brings it out.

Fun fact—the location at 2:47 was used in a surrealistic image that appears on our TV’s screensaver, and we always wondered where it had been taken. Now we know!

This video was shot by Paganel Andreev Andrew with a DJI Phantom 2, using a GoPro Hero 4 (for the drone shots).

This video goes from snow to beaches, covering different terrain throughout the United Kingdom. Love the diversity of seasons and landscapes presented here—one more place we need to visit!

The video was shot by Mark Pateman, owner of Firefly Imaging, using a DJI Inspire 1 with the standard Zenmuse X3 camera. The video was edited with Final Cut Pro X. Mark is a former student from our Aerial Post-Production Course, as evidenced by his skillful editing abilities.

Regarding locations, all of the shots in the video come from the UK. The majority of the footage was shot in the Lake District in the north of England, and some of the beach clips were shot on the south coast of Wales.

We’ll admit, we used to think of Scotland and Ireland as drizzly, grey places, but this video resoundingly proves that idea wrong. Some of the shots here have a real epic feel to them, and the shots over the villages in Switzerland are just stunning. Can you imagine living there?

This video was shot by Britton Kowalk in several locations:

6. Flying with Dolphins in Scotland

When you think of Scotland, the first thing that pops into your head probably isn’t dolphins.

But this beautiful video shot throughout Scotland may make you think again. Aside from the shots of dolphins (which are great, and start around 2:26) the landscape shots here are incredible.

The video was shot by Matt Heal with a DJI Phantom 4.

This video was shot by Edgar Granados with the DJI Phantom 3 Professional, using the Canon 6D.

The videography in this video is excellent—from the first shot, you can see that the videographer has a real eye for symmetry.

And so much territory gets covered here, from old and new architecture, to landscapes, to scenes of people in both rural and urban settings. Hope you enjoy this video as much as we do.

This video was shot by Nicolas Ragot with the DJI Phantom 2, using the GoPro HERO4 Black Edition.

More Indonesia! This video was shot on the island of Bali, in Indonesia, and really showcases the natural beauty and diversity of the place. Love how much drama there is in the landscape, with the mountains sweeping up high into the sky over stunning beaches. The terraced farms are beautiful, and give you a glimpse into a different way of life. So much diversity of life and landscape!

This video was shot by Bali Drone Production with a DJI Phantom 3 Professional edition.

Rawai is located on the southeast corner of Phuket island, in Thailand.

You know all those mind blowing images of green rocks rising dramatically out of the ocean you see, with people swimming in the foreground, and it looks like some crazy set from the movie The Beach?

Well, this is where those are taken. (Actually, The Beach was shot in Thailand, so that makes sense, doesn’t it?)

This video was shot by Bilel Ben Fayala using a GoPro4.

With its pristine beaches and majestic volcanoes, the Hawaiian islands make it pretty easy for any videographer to come up with gold, but this video goes above and beyond with its diversity of locations.

We love seeing how GREEN everything is. Wish we were surfing a wave into the sunset over there right now. 🙂

This video was filmed entirely on the DJI Phantom 4.