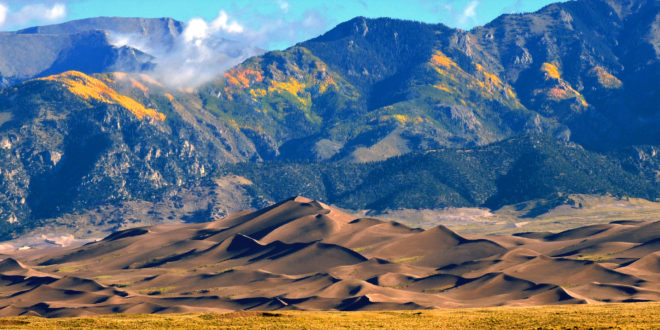 The National Park Service staff is working to visualize and document the park’s natural resources for protection purposes. And to do that, they’re using drones. The park’s staff partnered with UAS Colorado in October 2016 to produce a a one-square mile map of a portion of the park.

The park contains the tallest dunes in North America, coming in at 750 feet. The dunes cover more than 28 square miles and consist of 10-13 billion cubic meters of sand. Mapping the region will allow researchers to better understand the environmental changes of the dun and the factors that shape them.

For now, the resulting terrain data set will be compared to a 2011 airborne LiDAR acquisition prepared by the United States Geological Survey.

But here’s a reminder: if you want to create your own sand dune map, don’t just leap out to the nearest national park with your drone – that’s illegal.

That means no drones over even the Golden Gate Bridge.

Of course, there is room for exceptions (such as this). Purposes such as scientific study, search and rescue operations, fire operations, and law enforcement can operate under written permission from National Park Service administration, according to the NPS website.

No word on how the drones responded in such sandy conditions.