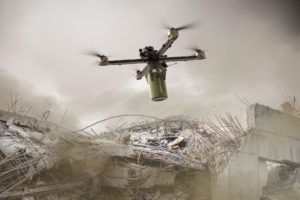 Today, XTEND, a human-guided, AI-operated drone system enabling operators to more safely undertake complex missions, has announced it has raised $20 million in equity financing as part of its Series A fundraising round. Chartered Group led the round, with participation from early investors such as lool ventures, I3 Equity Partners, TPY Ventures, TAU Ventures, Surround Ventures, Homeward Ventures, NFX and Top Ventures. This XTEND funding will allow the company to meet high demand, enhance its market traction with new and existing customers, and expedite the development of its new generation Drone Operating System for autonomy and multi-drone applications in the defense and commercial sectors.

XTEND, founded in 2018 by Aviv and Matteo Shapira, developed a unique and patented Drone Operating System called XOS, as well as platforms that combine human judgement and edge-based Artificial Intelligence to allow for next level man-machine teaming. XOS, controlled through a Virtual Reality interface, makes use of advanced Augmented Reality & Artificial Intelligence technology and allows operators to immerse themselves in remote, high-risk, GPS-denied locations, all at a minimal risk. 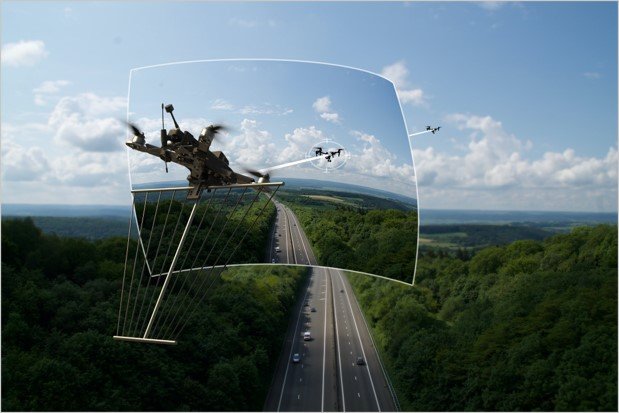 “This funding round enables XTEND to scale out our truly unique and innovative operating system, which allows anyone to perform extremely precise interactive missions in dynamic complex environments with zero learning time – making the idea of Human-Centric Telepresence a reality,” said Aviv Shapira, XTEND’s co-founder and CEO. “This is another great step towards removing the ‘human-risk-factor’ from dangerous warfare and tactical combat & Homeland Security scenarios.”

XTEND’s advanced Drone Operating System provides any operator with the ability to expertly pilot a drone to complete tasks such as intercepting a rogue drone at 150Km/h in an airport, enabling firefighters to find survivors inside a collapsed building and replacing bomb squads’ dealings with Improvised Explosive Devices. The technology provides ease of use that makes XTEND’s solution available to every operator, increasing the potential commercial deployment, the solutions’ total addressable market and the operational impact achieved.

“XTEND developed the trifecta for drones: the most advanced Drone Operating System, the most intuitive On-Screen Display, and drones that can fly both indoors and outdoors,” said Chartered Group’s Founder and Chairman Eyal Agmoni. “Having observed XTEND’s remarkable achievements thus far, we truly believe in its potential of becoming the world leader in tactical telepresence.”

XTEND has been chosen by both the U.S. Department of Defense Special Forces and Israel’s Ministry of Defense tier-1 units for multiple multi-million-dollar programs to develop and deliver systems for operational evaluation. XTEND has more than 300 systems deployed globally, where its systems save lives on a daily basis by enabling users to complete complex tasks without physical presence.