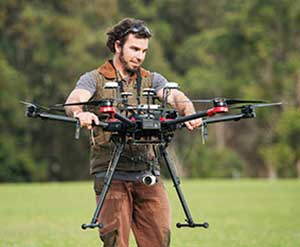 Nationals member for Tweed Geoff Provest has announced that two drones will be provided for Tweed Shire beaches, yet Greens member for Ballina Tamara Smith says she is still waiting to find out if her Ballina electorate will receive any.

The drones are part of an $8m investment by the NSW government that will provide drones for 34 beaches in NSW and 21 shark detection centres. The government will be providing the drones to Surf Lifesaving clubs as part of the shark management programs with South Kingscliff/Cudgen and Cabarita receiving drones for shark management.

‘These measures will give not only beachgoers, but holiday makers and the community the confidence to move forward with their travel and holidays plans,’ said Mr Provest.

‘This is good news for our region’s coastal communities and I am thrilled that the NSW government is taking local beachgoer safety, seriously.’

Minister for Agriculture Adam Marshall has acknowledged that the scientific research has shown that ‘SMART Drumlines and drones are the most effective detection and surveillance tools’. 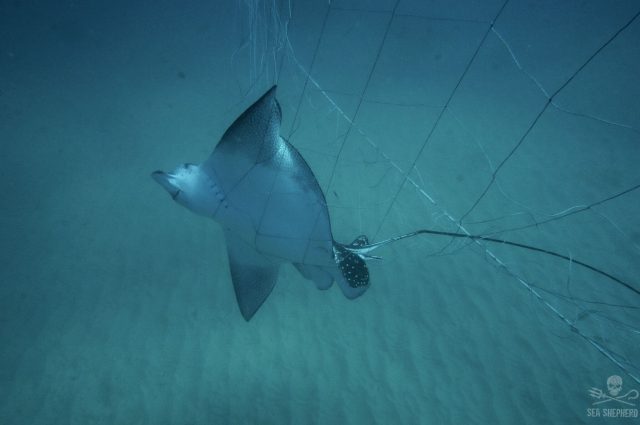 Shark nets remain in use

However, the state government are still going ahead with the use of shark nets on 51 beaches between Newcastle and Wollongong. The dangers of shark nets to whales and other non-target marine animals including many endangered species was demonstrated during the shark net trails in Ballina. They are also emphasised by the recent multiple whales that have become entangled in the nets off the Gold Coast.

‘The way the LNP responds to shark bites is sadly, purely political. After several shark bites in the Ballina area, those tragic events were used to try and wedge the community through fear to agree to baited drumlines and shark nets on the North Coast,’ pointed out Ms Smith.

‘When the scientific evidence showed that lethal methods do not decrease risk of shark encounters they reluctantly pursued methods that do make a difference – such as eyes in the sky, eyes on the beach and drone technology.

‘Presumably the 30–something beaches that are now going to have increased drone patrols include beaches in the Ballina electorate. But I have not been updated despite numerous inquiries over the past few months as we entered the winter season and heard “on the grapevine” that the smart drum lines and aerial patrols would cease.

‘We welcome drone technology and want to see patrols all year round at surf spots when the surf is up as surfers are at a higher risk,’ she said.

‘Our community sees right through the politics of funding non-lethal shark mitigation strategies on the North Coast but continuing with lethal shark nets in Sydney and Newcastle. Shark nets should be removed across the state, as they do not prevent shark bites.’ 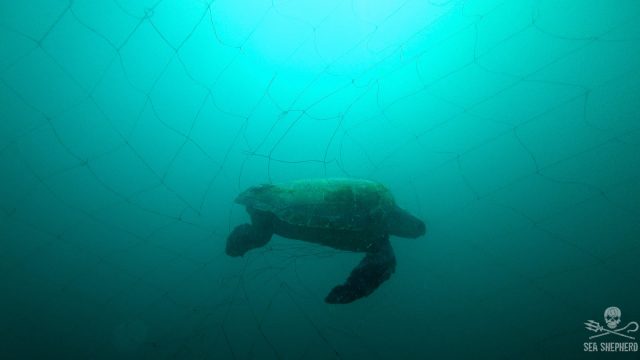 The loggerhead turtle found caught in a shark net off Ballina’s Lighthouse Beach yesterday (December 18) before it was rescued. Photo Sea Shepherd

‘The NSW government has just announced an $8m shark mitigation strategy following a four-year trial. After four long years all Tweed Shire has received is only two drones and a shark listening station but no SMART drumlines for our beaches.

‘I recently called for Tweed Shire Council to invest in six drones because Geoff Provest and his government have failed to act and failed to protect our beachgoers,; said Mr Byrnes.

‘Locals are angry that we’ve been totally forgotten in this new state-wide plan. We see major shark mitigation measures down NSW coast yet Tweed Shire has been neglected leaving us all vulnerable.

‘When it comes to our safety in the water, the time for talk is over. The trial has finished, and we need action now. I’m calling on Geoff Provest to do his job.’

Keeping the community together and the community voice loud and clear is what The Echo is about. More than ever we need your help to keep this voice alive and thriving in the community.

Like all businesses we are struggling to keep food on the table of all our local and hard working journalists, artists, sales, delivery and drudges who keep the news coming out to you both in the newspaper and online. If you can spare a few dollars a week – or maybe more – we would appreciate all the support you are able to give to keep the voice of independent, local journalism alive.