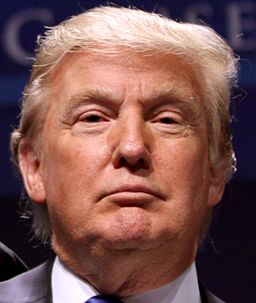 Trump: FAA NextGen System is “Out of Whack”

President Donald Trump was important of the FAA and it’s implementation of the NextGen system – the congressionally mandated replace to outdated methods – at a White House assembly of airline executives, Politico stories.

“I hear the government contracted for a system that’s the wrong system,” Politico stories that Trump instructed attendees of the assembly. “I hear we’re spending billions and billions of dollars. It’s a system that’s totally out of whack. It’s way over budget. It’s way behind schedule. And when it’s complete, it’s not going to be a good system. Other than that, it’s fantastic.”

While apparently making a remark about outgoing FAA Administrator Michael Huerta – the President indicated that he’d wish to see a pilot within the place – Trump didn’t point out help for earlier proposals to denationalise components of the FAA.  Rep. Schuster’s AIRR Act, for instance, was a model of the FAA Reauthorization package deal calling for privatization of the Air Traffic Control division of the FAA.  While Congress later determined to go a much less controversial package deal that didn’t embrace the privatization proposal, House representatives haven’t but given up on the concept.

Trump’s order severely limiting the enactment of new federal laws, in an effort to minimize the restrictions that small companies face, has led to concern within the drone business that additional steps in direction of the combination of business drones into the NAS will likely be unintentionally constrained.

The president didn’t provide particular plans on the assembly, however promised that his efforts would make American transportation infrastructure nice once more.