Wichowski is the author of “The Information Trade: How Big Tech Conquers Countries, Challenges Our Rights, and Transforms Our World,” serves as deputy CTO for innovation and acting DCTO for broadband for the City of New York, and teaches at Columbia University.

When the Justice Department announced its antitrust suit against Google last week, many rejoiced, anticipating the collapse of Big Tech’s hegemony. But the suit comes too late to truly hobble Google – let alone the other companies with which it is often grouped. The Big Tech companies have effectively regulation-proofed themselves, expanding into services and goods well beyond their original core products. Sure, Google is search, but it’s also Gmail and Google Maps; the 2.3 billion phones that run Android; the one and only YouTube. It’s even more than that: Google also owns 8.5 percent of the undersea cables that power the backbone of the internet. It’s literally embedded into the fabric of the web.

A U.S. antitrust suit against Google won’t work, because Google and its Big Tech brethren operate above the level of any single nation-state. Unlike nation-states, they’re global in their reach, they’re flush with cash, and they don’t have to worry about pandemics killing their citizens. They’re net states: tech companies that act like governments. Indeed, while national governments the world over spent the last eight months in a coronavirus-induced defensive crouch while spiraling into debt, net states like Facebook, Microsoft, Amazon and others raced to build their empires, dramatically expanding the services and territories under their dominion – notably, in realms far afield from the digital one. (Amazon chief executive Jeff Bezos owns The Washington Post.)

It’s in this regard that the strength of net states, compared to that of more traditional nation-states, is clearest. While the global economy shriveled in April and May, Facebook spent almost $6 billion on Reliance Jio, a cellular network catering to India. Google’s parent company, Alphabet, spent a combined half-billion dollars on urban infrastructure, with investments in mobility outfit Lime and the city-building firm Sidewalk Infrastructure Partners. And Microsoft doled out undisclosed sums of cash on five separate investments over this two-month time frame, including on 5G infrastructure.

All told, according to spending records in Crunchbase, as news headlines were dominated by coronavirus deaths upward of 1,000 people a day in New York City alone, net states – specifically, Apple, Amazon, Facebook, Google and Microsoft – spent more than $8.1 billion on 18 major investments and acquisitions. Compare this with one year before: In spring 2019, the same group made just four investments and acquisitions, totaling approximately $430 million. The coronavirus ventures represent a staggering 1,700 percent spending increase.

Lest there be any question about why we should care, it’s worth considering the timing of these purchases. The net states who’ve kept out of the spotlight – notably, Microsoft and Google – have been able to take advantage of the absence of public scrutiny to push through some otherwise controversial deals. Indeed, this spring was, in many ways, the perfect time to expand. Anything not coronavirus-related barely made news from April through May.

For instance, in early May, Google signed a contract to provide cloud services to the Defense Department. For about a day, a handful of news outlets wrote about it – just 20 headlines or so. Compare this to the massive outcry after Google’s deal with the Defense Department in April 2018: That generated more than 300 news stories as well as an outpouring of Google employee protests that culminated in a public letter to Sundar Pichai insisting Google “should not be in the business of war.” Back in 2018, the public backlash worked – Google dropped the defense contract that summer and didn’t go near any new ones for a good two years. Then came the coronavirus, providing the perfect cover for Google to quietly dip a toe back in the waters with the Defense Department, its staff and the public too distracted with the pandemic to say boo about it. And Microsoft pulled what Forbes described as a “One-Two 5G Telco Punch” between March and May. If America hadn’t been so panic-stricken over the pandemic, someone might have asked why the same company that produced PowerPoint was suddenly in the telecoms infrastructure asset business.

Such peculiar choices point to a pattern of net state investment – the things that inspired them to actually throw down all that money – and those patterns provide a sign of things to come that should worry nation-states worldwide: These companies are not just buying digital tools and services that make their core products better. Net states are expanding into territory formerly the domain of governments. Google, Facebook, Apple, Microsoft and Amazon are all expanding into infrastructure and assets in the physical world. Monopolistic behavior isn’t the concern, then – it’s empire-building that should worry legislatures.

For instance, Google skipped traditional communications infrastructure altogether, launching connectivity for Kenya via its Loon low-altitude balloons – further privatizing services that used to be considered “public” utilities. Microsoft bought up land: In April, it started the process to create a trust for 11,000 acres it operates on across the globe, an amount just a smidgen smaller than the island of Manhattan. These physical world undertakings underscore just how far net states have stretched beyond their original business of calendar apps and spreadsheets. Big Tech isn’t just big; it’s expansive, edging into nation-state territory fueled with the money and – thus far – free rein to do so.

This matters because it shows how the main tool nation-states have for curbing net state power – regulation – will fall woefully short. While Congress can pass a law that reins in Google Search, for instance, that wouldn’t make a dent in the Google universe of non-search-related initiatives: health care (its life sciences unit Verily and near-done deal on FitBit), drone delivery (Wing), navigation (Waze) and security (Nest), not to mention Maps, Translate and hundreds of other entities. And it’s not just Google: Facebook has its own currency, Libra, as well as its own form of judiciary, the Oversight Board. Amazon has its food supply chain through Whole Foods and its own space homesteading project, Blue Origin.

The only way to ensure that Big Tech builds responsibly is to pay attention to what they’re building, and that begins with the recognition that those activities are no longer limited to digital products. As Frederick Douglass wrote, “Power concedes nothing without a demand.” As net states expand their powers beyond the digital and into the physical world, we must pay attention. Chasing down one service – search – from one net state – Google – after it’s had 22 years to amass our data is like stepping on shadows. No empire-building new powers should operate free from smart public scrutiny. The only way we can demand Big Tech empire-builds responsibly is to stop fighting yesterday’s fight and pay full attention to the scope of what’s really happening today. 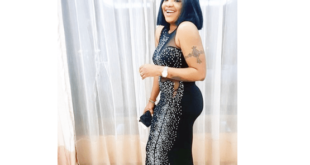