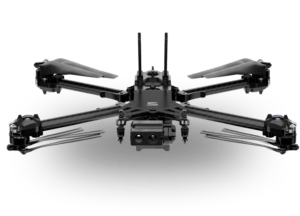 Skydio X2D is the Ultimate Tool for the Armed Forces

Skydio‘s next level autonomy has been making waves in the drone industry since the CA-based company introduced their first aircraft in 2018, the culmination of development that began with the founders’ graduate work at MIT.   The Skydio Autonomy™ engine and deep learning algorithms that allow Skydio aircraft to avoid obstacles, follow targets, and understand the environment make the recently announced Skydio X2D the ultimate tool for the armed forces and public sector.

Skydio Autonomy means that public sector agencies can get up and running effectively – fast.  With 360 degree situational awareness and obstacle avoidance, pilots can focus on their missions without a long learning curve to perfect their flying skills.  It’s an advance in ease of use that makes the X2D the most effective small UAS yet for broad use in the armed forces.

Designed and assembled in the U.S., the Skydio X2D is listed on the U.S. Department of Defense (DoD) “Blue sUAS” list – drones approved as “trusted and secure” for use by U.S. government agencies.  Skydio X2D was developed with the collaboration of the Defense Innovation Unit of the DoD to meet the specific security and functionality needs of government agencies.  Equipped with color and thermal sensors, a ruggedized, foldable airframe, and extended wireless range of up to 10km, the X2D is designed to accommodate a wide variety of missions both in daylight and at night.

Learn more about the security, sensors, and functionality of Skydio’s X2D in Skydio’s upcoming webinar, hosted by Chuck McGraw and Guillaume Delepine. 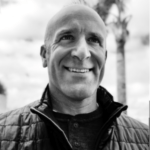 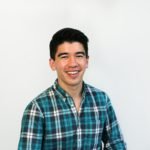 Guillaume Delepine is Product Marketing Manager at Skydio, the leading U.S. drone manufacturer and world leader in autonomous flight. In his tenure at the company, he previously led Skydio’s efforts to serve first responders as Public Safety lead. Then, as Enterprise Strategy Manager, Guillaume contributed to the fundraising, planning, and hiring process that led to Skydio’s recent announcements of a $100M Series C, expanded roadmap, and growing executive team. Guillaume holds a BA from Princeton University, and took leave of the joint MPP/MBA program at Harvard University to join Skydio.

Drones have become indispensable situational awareness tools on the battlefield, but have historically burdened armed forces with a heavy cognitive load for pilots, and dependence on foreign manufacturers. Join our webinar to learn how Skydio’s autonomous drone solutions provide a tactical edge to our armed forces by enabling the easiest and safest flight experience, so that soldiers can focus on the mission and the fight, instead of wasting focus on the flight.  Also learn how the military-grade Skydio X2D sUAS system delivers a trustworthy American-made solution, built to exceed the requirements of the US Army’s Short-Range Reconnaissance program and recently selected by DIU as a Blue sUAS aircraft.