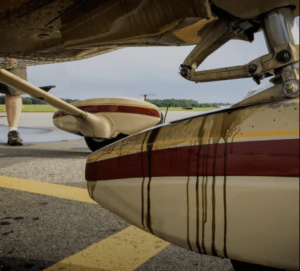 Steve Rhode is a public safety drone pilot and a manned aircraft pilot.  Here, he points out four realities of drone aviation that no pilot can afford to forget.

The following is one of a biweekly series on public safety drone issues by Steve Rhode, Chief Pilot with the Wake Forest Fire Department and the North Carolina Public Safety Drone Academy, and founder of Public Safety Flight, a website dedicated to information about the use of unmanned aircraft systems (UAS), UAVs, aircraft, and drones in public safety.

Another Day as a Public Safety Pilot With Unlimited Challenges

Yesterday I was flying the airplane as Fire Demon 1. It finally made it out of its required annual inspection by an FAA-certificated mechanic.

Being back in the airplane is a beautiful feeling. The joy of watching the ground pass below and seeing the world from a new perspective feeds my soul.

Then there is the constant thought process of trying not to die. Not a wonderful thing to deal with, but ever-present.  What does this have to do with drones? More than you would imagine.  A pilot should always be thinking about contingencies, risk management, and monitoring the aircraft’s operation in the airplane or with a drone.

As I fly along looking for columns of smoke and fires to investigate, I’m constantly glancing outside and looking for that spot I can set the airplane down in case of emergency.

You won’t find the missing child on every public safety drone flight, but on every single flight, you will always be a moment away from an unfortunate ending. You don’t know it yet.  While I’m in the airplane, I’m always looking for an alternate place to land. When I’m flying the drone, I’m thinking about the very same thing.

I’ve been flying since 1988, and when I was a young pilot, I flew fearlessly. I knew it all as a new pilot.  I would often fly at night in a single-engine aircraft from New York to Washington, DC, over the pitch-black countryside between urban areas. All these many years later, I won’t do that – even though I’m a more highly rated pilot with thousands of hours of flight time.

What’s changed? Painful realities. I learned what I didn’t know.

As the years passed and I had more experience, I learned that equipment does fail, emergencies do happen, and a tragic incident has nothing to do with the pilot alone.  This flight of mine as Compassion 431 was one of those learning moments I’d prefer to have never experienced:

Public safety drone flying is still a very new field for many pilots and departments. As time goes by, many pilots and their lawyers will learn a few drone aviation realities:

(1) Gravity Always Wins – A drone with a software or hardware issue will hit the ground. The impact can be lethal to people and cause property damage.

(2) The lack of aircraft be certified by the FAA as airworthy means the drones we are flying today have not been determined safe to fly. Manufacturers are not required to notify buyers of known issues or failure rates. Just because you do not hear about those issues does not mean they are not happening. Mavics are crashing every day. [https://mavicpilots.com/forums/mavic-crash-flyaway-assistance.85/]
Battery issues are something I’ve written about, and the facts surrounding battery fires and the recommended charging, storage, and use of batteries will surprise you. Most never give batteries much thought. With summer approaching fast, you absolutely should.

I love the aviation field. It is a small world, and we are all constantly learning new things from experience or skilled mentors. Great pilots make mistakes too. A former flight instructor of mine died in an airplane crash because he elected to ignore the apparent risk and departed to his death.  The day you think you know it all, then you’ve turned your back on safety, mitigating risk, and you are just asking for an unfortunate incident to happen.

A good pilot is always learning. 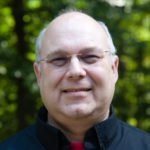 Steve Rhode is an FAA-certificated airplane commercial and instrument certificated pilot, an experienced Part 107 UAS commercial pilot, and Chief Pilot with the Wake Forest Fire Department and the North Carolina Public Safety Drone Academy. He provides expert advice to drone pilots through Homeland Security Information Network and as an FAA Safety Team drone expert.   Steve is the founder Public Safety Flight, a website dedicated to news, honest information, tips, and stories about the use of unmanned aircraft systems (UAS), UAVs, aircraft, and drones in the fire service and other public safety niches.  Sign up for the Public Safety Flight newsletter to join Steve’s private email list, or contact Steve here.  In the airplane, his FAA callsign is Fire Demon 1: and Firebird 1 with the drone.

Share
Previous Luxury Ski Wear Market 2021: Global Industry Trends, Sales, …
Next What Happens When a Drone Crashes into a Windshield 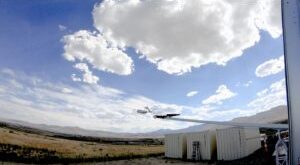 QAA Modernizes and Doubles Space for Parts Distribution and … 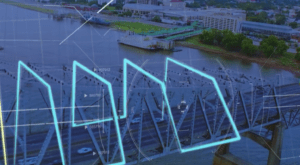 image: vHive Digitization is Driving the Drone Market in Enterprise: The Evolution of 3D Models …