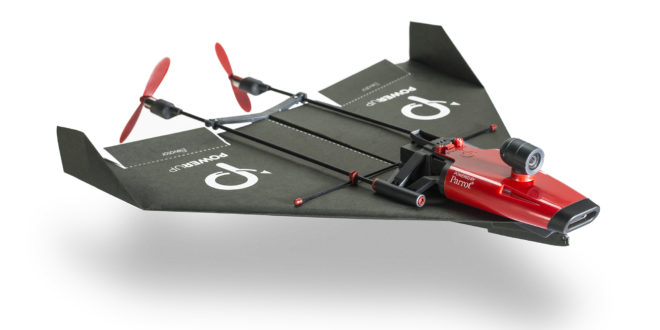 You might remember that towards the end of 2015, startup PowerUp successfully completed a huge crowdfunding campaign on Kickstarter for the PowerUp FPV. The idea was simple: take the classic paper airplane and bring it into the 21st century, combining nostalgia with FPV flight.

Understandably the idea took off. It’s the perfect combination of childhood memories and modern technology. With 54 days remaining of the campaign in November 2015, the company raised $220,401, more than doubling its $100,000 funding target with 1,100 backers. Now the team is ready to launch its new product, which will be showcased at CES 2017 next week before being dispatched to customers in February.

As part of the reinvention of an old classic, PowerUp has traded paper for carbon fiber. The PowerUp FPV also has a built-in camera that streams directly to your smartphone. The FPV system is powered by Parrot’s streaming technology.

“PowerUp FPV lets you experience flight as if you were sitting in the cockpit of your very own handmade paper airplane,” said CEO and Founder Shai Goitein. “Wearing your smartphone with a head mounted display, you see what your plane sees, controlling your paper drone with the intuitive movements of your head.”

“FPV’s iconic paper airplane design is nostalgic, with a high tech twist,” continued Goitein. “We wanted to inspire people, young and old, to use technology to find joy in simple things. You can even get creative and create your own wing designs.

The PowerUp FPV comes with a range of features, including: 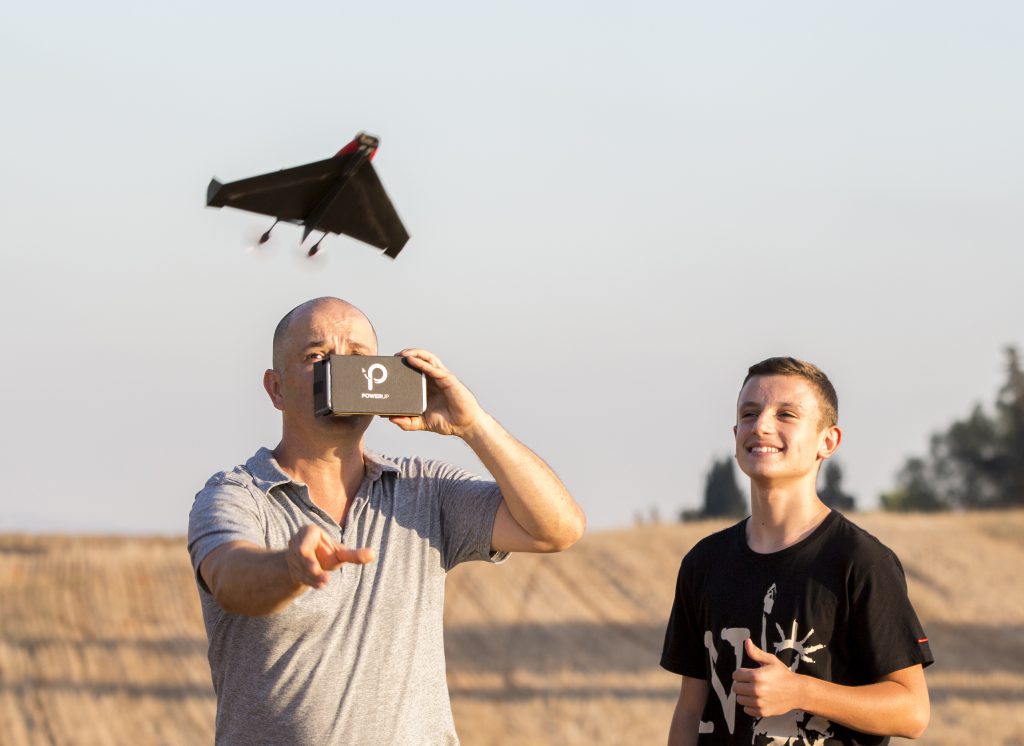 The PowerUp FPV is available for pre-order now on the company’s website, Amazon and Target for $199.99. Shipping is expected in February 2017.

PowerUp’s FPV drone has been nominated as a CES 2017 Best of Innovation Awards Honoree for Drones and Unmanned
Systems. We can’t wait to get our hands on one!

Share
Previous Domino’s is Betting on Drones to Deliver
Next My Drone Crashed – What Now?!