PORTSMOUTH One of seven grant-funded Portsmouth Police Department drones, now available regionally for public-safety purposes, can take infrared photos from 200 feet in the air showing the locations of people inside a building below.

It can light up a crime scene, carries two batteries and can find people in the water or woods by programing one of its two cameras to photograph people with specific temperatures. The DJI Matrice 210 “quadcopter” can also find hot sports in a burning building and, outfitted with accessories, cost about $25,000, said police Lt. Chris Cummings, commander of the department’s new drone team.

“It’s like walking with a box of hand grenades,” or a baby, is how Cummings described the care the new 7-officer drone team takes when handling the pricey police tool.

It’s the largest in a new 7-drone fleet the Police Department bought with a $69,638 Homeland Security grant and, by terms of the grant, they’re available by request to other communities when needed.

There’s also a midsize drone that has a spotlight and a speaker, so police can fly it over a lost person and tell them help is on the way, or near an armed subject and urge the person to surrender, Cummings explained. Five smaller drones are used for training, but will also be used at crime scenes and during tactical calls to transmit live images, Cummings said.

Trained officers can fly a small drone into a building, send it up stairs, then capture real-time images from inside a building, he said. The small drones fold up and can be worn on an officer’s duty belt and used to survey a crime scene, “without putting our officers in excessive risk,” he added.

All the scenarios, Cummings said, mean police officers and firefighters “aren’t walking into a scene blind.” For firefighters, that could mean seeing the roof of a burning building before staging ladders and sending people up. A gas detector can be drone-mounted for collecting data at a truck rollover or a maritime incident, he said.

Using unmanned aerial vehicle (UAV) technology, he said, also allows police work to be done faster, meaning it’s less costly. As an example, he said when police were investigating a recent missing person case, Strafford County loaned a drone and was able to transmit images of a wide swath of shoreline within minutes. For officers to search the same rocky area, he said, would have taken days.

Using the current fleet and coordinating battery recharges, “We can stay up indefinitely,” Cummings said.

An initial police drone team was formed with Cummings, officer James Noury and detective Erik Widerstrom. Realizing it takes three people to safely fly, manage a scene and juggle the gear, the team has doubled to include detectives Tim Cashman and Peter Sheldon, with officers Chris Kiberd and Matthew Fredrickson, so a team can be assembled at all times.

They’ve all been licensed and trained and will receive more training on the hardware, software and usage. Firmware updates need to be routinely upgraded and batteries must be charged at all times.

“The flying is the easy part,” Cummings said.

Because most of Portsmouth and some of Rye, Greenland and Kittery, Maine, are in Portsmouth International Airport’s air space, Cummings explained, every time the Police Department wants to fly a drone in those areas, it has to report to air traffic control, in writing, then wait for approval. Location and time and flying height must be reported and tracked and, as Police Commissioner Joe Onosko said recently, all the flight information will be posted online.

“When we put one up, it will be for a specific reason,” Cummings assured.

He said laws and grant specifications prohibit police from taking video of people for non-police purposes. Cummings said all the data collected will be kept on a designated hard drive and computer so its not on the police network.

Using some of its inheritance from the late Geraldine Webber, the team was authorized to buy a van to transport the drones, backup batteries, tripods, monitors, tables and other gear. One monitor will swing out from the back of the van so an incident command team can watch live images, while making response decisions.

Even at night, with infrared images, Cummings noted, police can see from above if someone has a gun in their hand. While flying the large drone over Leary Field last week, Widerstrom received an alert that a plane was in the area, signalling him to ensure the drone was out of the way.

“It’s an amazing tool to have that will save time and money and increase the safety of the public, firefighters and police officers,” Cummings said. “The purpose of them is to save lives and protect people.” 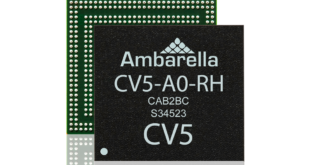 Drone services expand in China in 2020 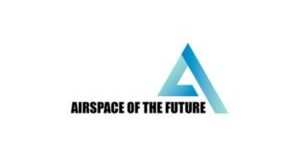 The Airspace of the Future Consortium