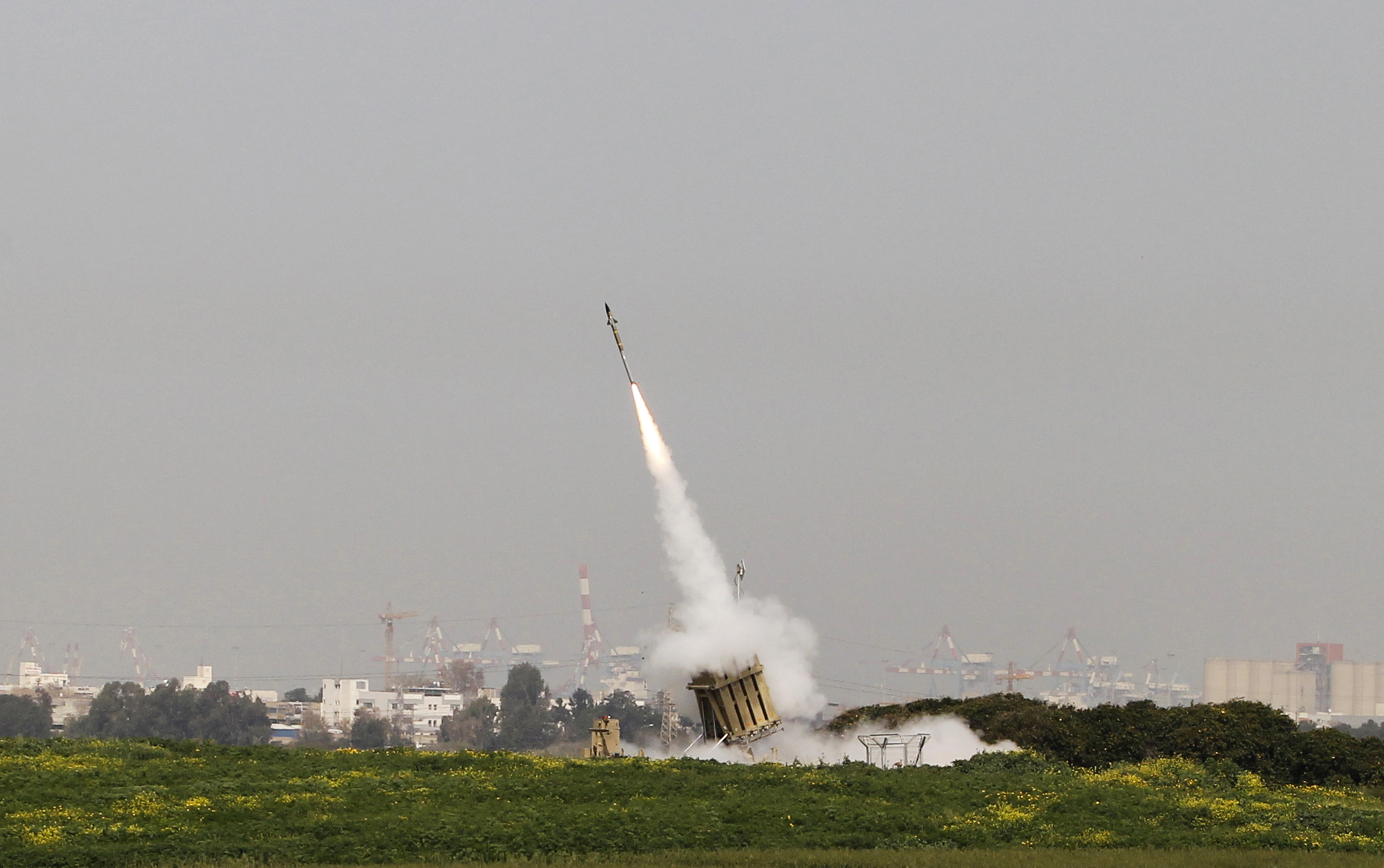 TEL AVIV — Israel’s state-owned Rafael Advanced Defense Systems and Raytheon, its US partner for Iron Dome production, are working to transform the combat-proven Israeli interceptor into a fully American system in defense of forward-deployed US forces.

Americanized versions of the Iron Dome’s Tamir interceptors are being offered under the Raytheon-trademarked SkyHunter brand for a US Army program aimed at defending against a spectrum of threats, from cruise missiles and UAVs to rockets, artillery and mortars.

The Israeli-designed Tamir interceptor has already been adapted for launch from the US Army’s developmental Multi-Missile Launcher (MML), part of the service’s Indirect Fire Protection Capability Increment 2 — Intercept (IFPC Inc 2-I) program.

In an April IFPC program test at the Army’s White Sands Missile Range in New Mexico, the MML-launched Tamir scored its first intercept on US soil against a target drone.

Israeli government and industry sources say half of US production funds funneled into Israel’s Iron Dome program in recent years is already going to Raytheon, which produces major components for the Rafael-designed Tamir interceptor in multiple facilities throughout the US.

If selected for the US Army’s IFPC Inc 2-I program, the Tamir would be upgraded to US standards, produced in the United States and rendered “100 percent Raytheon,” said Yosi Druker, head of Rafael’s Air Superiority Systems division.

“The minute that the US decides to procure Iron Dome, we will transfer all the knowledge and production file to Raytheon,” Druker said.

He noted that a Rafael-Raytheon teaming agreement governing prospective sales to the Pentagon calls for Rafael to become subcontractor to its US partner. “Under our agreement, we will produce 40 percent to Raytheon’s 60 percent, but the capabilities will be 100 percent Raytheon.”

Druker said Rafael is now in the process of providing through Raytheon detailed price and availability data to the US Army.

And while the Tamir/SkyHunter is just one of three interceptors under evaluation by the US Army, Druker said the low cost and proven track record of Iron Dome should give it a competitive leg up on other options still in development.

“It’s clear that according to price and capability and maturity of the system, Iron Dome has advantages,” the Israeli executive said.

John Patterson, public relations director for Raytheon Missile Systems, declined to comment on the issue, other than to note that Raytheon has “an excellent working relationship with Rafael.”

The firm has not yet publicized the planned SkyHunter, although the it has formally registered the system’s name and logo as its trademark. According to Raytheon’s description of the trademark, SkyHunter is “a ground-based missile interceptor system consisting of a guided missile with electro-optic sensors and adjustable steering fins for tracking and destroying incoming enemy rockets, missiles, artillery and mortars.”

A May 26 report from the service’s Army Test and Evaluation Command, published on the US Army’s website, said the fast-tracked IFPC Inc 2-I program is based around the service’s developmental MML and existing mission command and control, sensors and interceptors. It said the Army’s open network architecture aims to integrate “any sensor, best shooter and optimal interceptor” capabilities to address a variety of targets.

“Developmental programs tend to require several years to reach a point where they can begin engineering demonstrations similar to what the IFPC Inc 2-I program accomplished in less than one year,” the report noted.

Previous Do I need to Register My Replacement Drone with the FAA?
Next Airblock- The First Modular and Programmable Drone