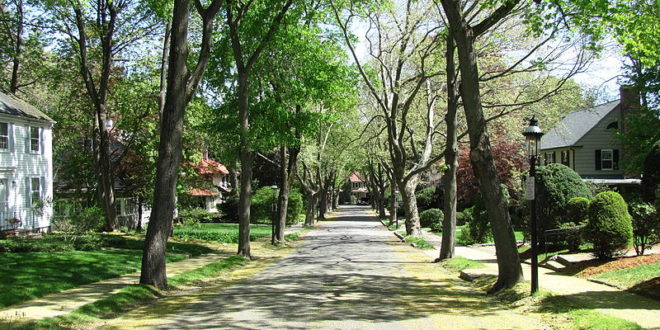 In the wealthy Boston suburb of Newton Massachusetts, the first legal challenge by a drone operator to a local ordinance has been filed.  Newton resident Michael Singer has filed suit against the City of Newton, claiming that the proposed ordinance is preempted by federal law and violates his rights.

“On December 19,2016, Newton’s city council enacted Section 20-64 of the City
of Newton Ordinances, entitled Pilotless Aircraft Operation (the “Ordinance”). The Ordinance relates to small unmanned aircraft and their use in the national airspace system,’” says the complaint. “This is an action …seeking declaratory judgment that the Ordinance is preempted by federal law, violates Plaintiffs statutory rights of navigation, and violates Plaintiffs rights under the First, Fifth, and Fourteenth Amendments and the Massachusetts Privacy Act, M.G.L. C. 214 §1B.”

The ordinance that Singer refers to is certainly prohibitive to drone flight.  It is in parts redundant with existing federal regulations, requiring that drone operators not fly beyond visual line of sight (BVLOS) or interfere with manned and emergency aircraft.  However, the city went much further than needlessly restating federal requirements.  Among other restrictions, the ordinance requires that all drone operators register with the City Clerk for a $10 fee; not fly over homes at an altitude lower than 400 feet without express permission of the homeowner; and not fly over any city property or sporting event without prior permission from the city.  In addition to all of the above, the ordinance lists 3 different types of permits that may be required (individual, educational, or event) to fly in the city’s green space.

The Plaintiff in the case, Dr. Michael Singer, has issued a statement on the suit: “On January 17th I filed a federal lawsuit challenging a City of Newton ordinance against unmanned aircraft. As a physician and inventor, I believe that commercial unmanned aircraft will provide transformative benefits in people’s lives, and that this technology deserves appropriate freedom to develop within the bounds of a civilized society,” says the statement.  “I believe that our nation’s aviation experts at the FAA are more qualified than local politicians to regulate unmanned aircraft. The skies over Newton, only miles outside of Boston’s Logan Airport, include some of the busiest and most complex airspace in the country. For Newton to claim control over some of this airspace sets a dangerous precedent.”

Singer also says that the ordinance appears to be written so as to have unintended consequences, pointing out the absurdity that in its current form the law “appears to require children with rubber band-powered model airplanes to register with the FAA, register with the City Clerk,and pay the city a $10 fee. Children have played with toys such as these for over 90 years, and our community has never had a problem with them.”