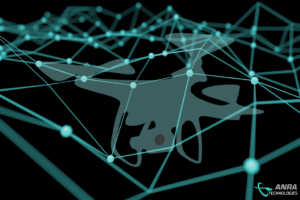 How Blockchain and Drones Go Together

One of the best things about being part of the drone industry is the coolness factor: people are always interested.  But if the conversation is going in that direction – new technologies, the changing world – the chances are excellent that “blockchain” has also been mentioned.  If you’re not sure how those two concepts go together, here’s an overview from Jim Begley – who’s written some great pieces about blockchain – and Amit Ganjoo of ANRA Technologies.  In addition to working with NASA and other international organizations on UTM technology and delivering the ANRA drone operations platform, ANRA announced last month that its has joined the DAV Alliance. This Alliance “brings together members of the transportation industry so that they may collaborate on standards and innovations for a global decentralized network,” says ANRA.  That global decentralized network has everything to do with blockchain.

“Blockchain provides many benefits over centralized forms of record keeping while operating without a single point of failure and supports complete transparency of data.”

The benefits most closely associated with blockchain technology are security, anonymity, and elimination of the middle man.   If one person, or one bank, holds the ledger they may be able to make a mistake – accidentally or on purpose.  If everyone holds the ledger it becomes very difficult to cheat the system.

Concerns about privacy and security are inherent in discussions about the government’s ability to track and ID all drones in the sky, or to track all of the missions that a drone performs.  Blockchain technology could help to reduce those concerns, providing the benefits of programs that enhance security and move regulation forward without compromising the privacy and security of businesses and pilots.

Ganjoo uses another real world example: drone delivery.    Walmart indicates in one of its patents a potential use.  “For instance, in case of a package delivery operation, a blockchain based repository could log information about the operations such as time, location, resources, delivery date etc, and make the data accessible to authenticated users, and any other stakeholders along a package’s route,” says Ganjoo.

With their participation in the DAV Alliance, ANRA is working towards a broad goal: contributing to the underlying infrastructure of an autonomous transportation network.

“DAV is an open source Software platform that allows anyone to buy or sell transportation services in a decentralized market,” says Begley. “DAV integrates into any vehicle and allows them to discover, communicate, and transact with one another.”

“It’s done by using the DAV protocol connecting vehicles, users, and service providers all on one network.”

“DAV takes the idea of person to person transactions to the next level – person to person transfer of goods,” says Begley. “Consider this scenario: a package needs to be delivered using a drone. You’ve got a sender, recipient, drone operator, goods insurer, and arbitrator – blockchain allows all of these parties to communicate directly and transact business, without having to establish trust beforehand.”

As blockchain technology develops  – and so does the drone industry – thought leaders like Begley and Ganjoo will keep putting the two together to expand the value and capabilities that drones have to offer.  Blockchain isn’t just a new buzzword – it’s a revolutionary technology with the potential to solve many of the problems that drones and other industries face.