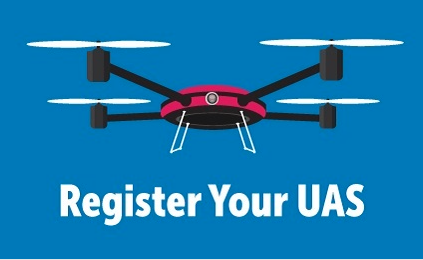 First Anniversary of Drone Registration: Are These Numbers I…

Today marks the first anniversary of the FAA’s drone registration program, and the FAA is calling the program an “unqualified success.”  But are these numbers really as impressive as they sound?

The FAA introduced drone registration for drones weighing more than .55 pounds a year ago, following a collaborative process that delivered recommendations on a registration program with  unprecedented speed for the government agency.  Since then, critics have claimed that the agency acted unlawfully in introducing the rules without the usual period for comments, and the FAA has faced lawsuits from consumers and organizations who feel that they overstepped their bounds.

For the most part, however, drone registration has been largely accepted.  The system works well and easily; costing only $5 and taking only a few minutes to complete.  New drones from major manufacturers come with information about drone registration and other basic safety guidelines in the box.

It’s the delivery of the safety rules that the FAA says is the point of the program.  “The rule and the registration system were primarily aimed at the thousands of drone hobbyists who had little or no experience with the U.S. aviation system,” says an FAA statement.  “The agency saw registration as an excellent way to give them a sense of responsibility and accountability for their actions. The agency wanted them to feel they are part of the aviation community, to see themselves as pilots.”

The FAA points out that the system can also be used to notify drone operators of new safety information, through the email address required at registration.    While some benefits to the agency – and to responsible drone operators – are clear, it’s less clear that most drone owners are using the program.  Many seem unaware of its existence.

The FAA applauds the fact that over 600,000 drone operators have registered:  “During the last year, the system has registered more than 616,000 owners and individual drones,” says the agency. “As part of the process, applicants receive and must acknowledge some basic safety information. That means more than 600,000 drone operators now have the basic aviation knowledge to keep themselves and their friends and neighbors safe when they fly.”  But while nobody knows exactly how many drones Americans own, industry analysts estimate that over a million drones were sold last holiday season alone, and during the 12 months since the sales of drones has almost tripled.  With the new drones expected to appear as gifts this season, the number of registrations will have to increase dramatically before the FAA can be sure that all – or even most – drone operators are accounted for.

Share
Previous Can Dronifi Succeed Where Established Online Drone Data Serv…
Next How Many Drones Will Santa Bring This Year?