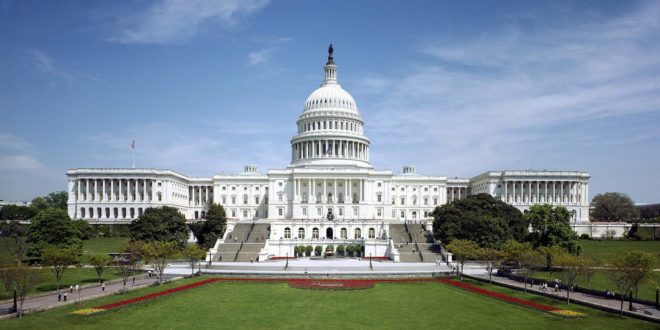 The U.S. Senate is scheduled to convene, today, August 10, 2018 at 10:30 AM for a pro forma session. On the calendar of business is an aviation policy bill that will reauthorize the Federal Aviation Administration (FAA) until fiscal year 2021. The two general orders include S.1405 and H.R. 4. Speculation about when the bill will be discussed has varied, with prior expectations that it would have reached a vote last month in July. However, it has yet to reach the Senate floor.

The Senate is scheduled to meet next at Capitol Hill on Aug. 10 and Aug 15. Image via Flickr.

The House has proposed amendments to the bill, covering a range of issues, including air traffic management of unmanned aircraft, the role of state and local government in UAS regulation, and increased transparency of information on approved sUAS waivers and airspace authorizations.

Last action: 5/9/2018 – Mr. Thune and the Committee on Commerce, Science, and Transportation addressed the Senate with an amendment in the nature of a substitute – a bill to amend title 49, United State Code, to authorize appropriations for the FAA, and for other purposes.

Potential Impact of S.1405 on the Drone Industry

The Senate bill S.1405 deems that the Government Accountability Office shall review privacy issues and concerns associated with the operation of unmanned aircraft (drones) in the national airspace system. It also induces the FAA to develop and deploy a plan to mitigate airspace safety threats posed by drones. Additionally, it would place responsibility for the operation of public drones in the hands of the Department of Transportation (DOT).

Another policy that would be enacted if the bill is passed is the Drone Operator Safety Act. This act will make it a crime to operate a drone that knowingly or recklessly interferes with or disrupts the operation of an aircraft carrying one or more occupants in U.S. airspace.

In whole, the goals (some of which the FAA has already taken action on) of S.1405 regarding UAS are to:

There are hopes that the bill will reach the Senate floor during their next session. Albeit, if we look back on how these things have proceeded in the past, the bill could continue to get pushed back for weeks.

However, organizations such as the General Aviation Manufacturers Association (GAMA) and the Aerospace Industries Association (AIA) have joined together to call on U.S. Senate leadership to consider the bill as soon as possible.

In a letter to Senate leadership, GAMA and AIA made a collective statement:

With similar legislation already having passed the U.S. House of Representatives, we believe now is the right time for the U.S. Senate to decisively act to improve the FAA certification and regulatory process.

The House passed their version of the bill, H.R. 4 on April 27, 2018. Now, the Senate will need to pass their version, S.1405 before members from both the House and the Senate can meet to settle the differences between the two. After those differences are settled, the House and Senate bills will be reconciled into a single proposal called a Conference Report. The Conference Report is then sent back to both chambers for a vote, and, if it passes, is then sent to the President who will approve it as law or veto it.

You can view a live stream of the Senate floor proceeding on August 10 here, and return to the page to watch future proceedings. We’d also like to hear what you think about the bill and how you feel it may impact the drone industry. Share your thoughts in this thread on our community forum.

Share
Previous Truth is Stranger than Fiction: This Drone Uses the Super Po…
Next Canadian Flight Certificate Testing for The Sky Guys 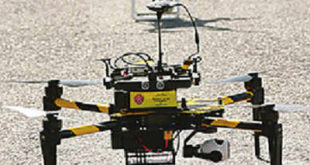 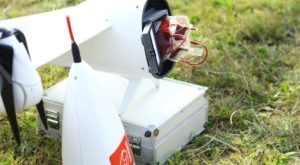 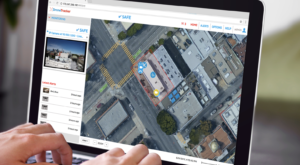 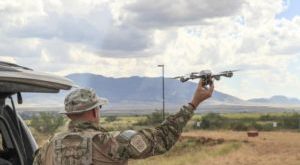