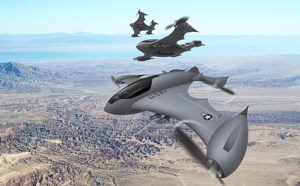 Truth is Stranger than Fiction: This Drone Uses the Super Po…

At first glance, it seems like it must be one of those internet hoaxes: a drone made of spider silk – from a company called Spidey Tek, no less – is certainly not a run of the mill product.  But this drone is just as strange and beautiful as it sounds: and the benefits of using spider silk are very real.

Spidey Tek – a biotech company partnered with Utah State University – is “dedicated to the mass production of the strongest material known to man, Real Spider Silk, and its utilization to produce superior products for the 21st Century,” says the company website.  “Spider silk is a Bio-material stronger and lighter than steel, aluminum, carbon fiber, Kevlar or any other material available to man.”

That’s something you learn in your first biology class; but the team from Spidey Tek has found a way to produce spider silk – the real thing – in quantity through the miracles of genetic engineering, no spiders involved.  It’s the culmination of years of work from an amazing team of scientists, led by Roberto Velozzi, chairman and CEO.  Velozzi is a character right out of a super hero movie himself: a brilliant inventor, designer and entrepreneur.  Velozzi has always had a passion for things that move fast, he says – cars, aircraft, or drones – so he decided to design the Spidey Bat drone to best demonstrate the properties and characteristics of manufactured spider silk. 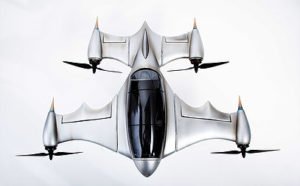 Lightweight and strong are important characteristics of drone construction – weight has a direct influence on endurance and speed.  At about 10x the tensile strength of carbon fiber and a fraction of the cost, the advantages of the spider silk are clear.

Built of spider silk and resin, the Spidey Bat is a vertical take off and landing (VTOL) vehicle.  The wings rotate forward as the drone reaches altitude, allowing it to fly like an airplane.  The drone has a flight endurance of an hour on a regular LiPO battery.  Most significantly, says Velozzi, the drone is nearly indestructible.  It’s an aircraft with the aesthetics to star in a Marvel movie, but the capabilities to be utilized in a wide range of commercial or military applications.

“The drone is a cool example of the spider silk,” says Velozzi, “but the applications and possibilities are really endless.”