FAA doesn’t have a plan for drone data

A new report from the Government Accountability Office finds that while the FAA has years of data on unmanned aerial systems (UAS) — commonly known as drones — it has not “fully leveraged” the data to advance UAS integration into the National Airspace System.

The report also found that the FAA isn’t sharing the information from its seven UAS test sites with the public, including the UAS industry.

“Agency officials told GAO they were wary of sharing more information about the test sites, citing concerns about, among other things, protecting test site users’ proprietary data,” the GAO report states. “All test site representatives and most users GAO interviewed, however, said that more information on test sites’ research would be helpful for UAS stakeholders’ research efforts.”

The report, undertaken at the request of the House of Representatives Committee on Transportation and Infrastructure, details that since 2015, more than 15,000 drone flight tests have been conducted at the agency’s seven designated test sites at Texas A&M University Corpus Christi, University of Alaska Fairbanks, New Mexico State University, Virginia Polytechnic Institute & State University, Griffiss International Airport in New York, and test sites sponsored by the state of Nevada and the North Dakota Department of Commerce.

“Both public and private entities have used the test sites to test technologies in preparation for varied UAS activities, from inspecting utilities to carrying passengers,” the report notes.

This research, according to GAO officials, “could support FAA’s integration efforts.”

However, the agency admitted to the GAO that it doesn’t have a plan in place to use this information.

“While FAA has indicated plans to analyze and use test site data in the future, it has not yet developed a data analysis plan to do so. FAA officials told us that having an analysis plan for MLS data could be useful and that — as of September 2019 — they were considering creating such a plan, but had not taken steps to do so,” the GAO report said.

“Without an analysis plan, however, FAA could miss opportunities to better use the data to inform the overall integration effort, such as to inform UAS operational standards,” the GAO report continues.

The report did find that the FAA’s management of the test sites has improved as the program has matured. Early problems included a significant amount of turnover for FAA managers, a problem the agency said was a result of the FAA having never “established test sites before.”

While that problem has been fixed, users noted several other problems at the test sites, including “a lack of guidance on FAA research priorities, a complex and lengthy process for getting a certificate of waiver or authority to conduct certain research activities at the test sites; and difficulties generating enough revenue at the sites to maintain operations.”

The GAO report suggests that sharing more information would encourage others to use the test sites to conduct their own research, “potentially increasing data available to FAA to inform its integration decisions.”

Previous Palkovics: Hungary has important future in drone transport |…
Next Drones May Someday Deliver Genetic Tests to Save Kids’ Lives 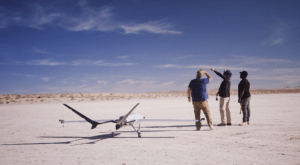