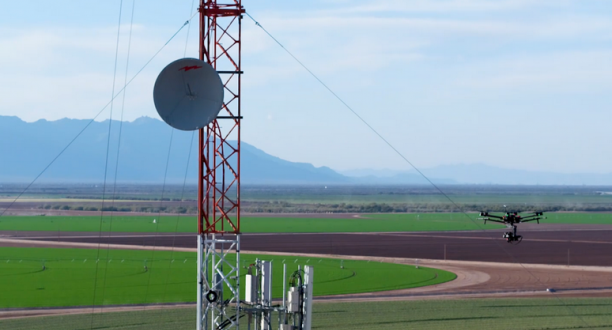 Drone CEOs left the White House feeling bullish after assembly with POTUS and senior administration officers the place, within the phrases of a type of current, “[we got] a voice with the new administration to discuss commercial drone regulations, where we saw needs, and where progress could be made.”

The UAV CEOs that attended have been PrecisionHawk CEO Michael Chasen, Airspace CEO Jaz Banga, Measure CEO Brandon Declet, Trumbull Unmanned CEO Dyan Gibbens and Kespry CEO George Mathew. They had been invited by the White House Office of Science and Technology Policy (OSTP). What’s notable about this explicit group is that they’re all begin ups. And they’re all drone targeted. While different bigger firms have been current in the course of the “High Tech” week classes (e.g. Amazon, Microsoft, and so forth.), the OSTP ought to get some credit score for reaching out to a nascent trade simply starting to unfold its wings.

DroneLife contacted three of these current – Mr. Chasen of PrecisionHawk, Mr. Mathew of Kespry, and Jesse Stepler, COO of Measure – to get their description of and suggestions from the session. The following abstract is predicated on their responses.

The executives arrived on the White House Eisenhower Executive Office Building round eight:30 am, listened to some formal introductory remarks from the OSTP adopted by the UAS Breakout Session, which was led by Ethan Klein, Policy Advisor at OSTP. The CEOs participated together with excessive rating authorities officers together with Jeffrey Rosen, the Deputy Secretary of the Department of Transportation, Hoot Gibson, Senior FAA Advisor, and Dr. Parimal Kopardekar, NASA’s Senior Technologist for Air Transportation Systems. They concluded with a stroll over to the East Wing, the place they met President Trump, Vice President Pence, and White House Advisor Ivanka Trump in addition to enterprise capitalists and expertise leaders from the wi-fi sector.   President Trump addressed the group and highlighted the significance of funding, job creation, and enabling regulatory frameworks in attaining American management. (See YouTube video under).

Not surprisingly, these current stated the dialogue led by OSTP targeted on regulatory insurance policies. Stepler of Measure stated this session “was no dog and pony show. It was a substantive session.” He continued, “It was important for the FAA to really listen to people currently operating drones in the national airspace.  .   . we tried to impress upon them that there are companies doing things the right way and the FAA should lean more heavily on commercial drone companies that are putting necessary procedures in place, that are keeping industry thriving.” Stepler was impressed with the make up of group across the desk. “[We were] all drone start ups focused on getting data to our customers —  the composition of that group of companies was a real positive.” 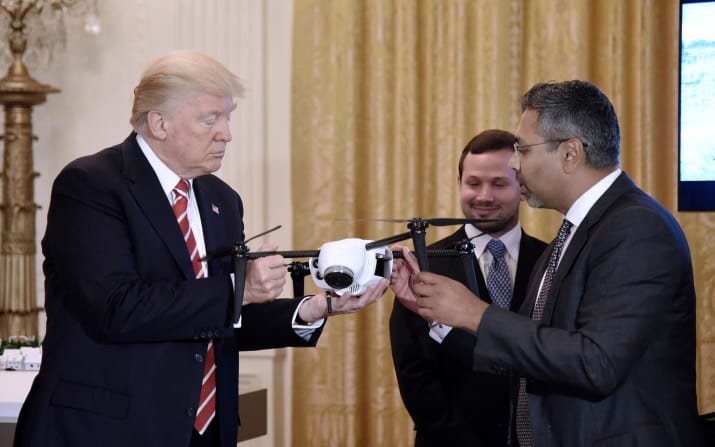 And all members that DroneLife touched base with stated that as a bunch, they spoke with one voice. And their message was on the necessity for a complete, unified, versatile regulatory framework. Michael Chasen famous, “The drone leaders at the table (and across the broader industry) have a common goal of promoting innovation and creating an environment in which drone applications can safely thrive. Several of the participants, including PrecisionHawk, highlighted unmanned traffic management as a critical component that can help us promote safety, security and innovation.” He added, “We believe that a unified national framework of forward leaning risk-based regulations is necessary to create a safe and secure airspace that can serve as the backdrop of innovative commercial drone applications. In developing regulations, we believe that as the FAA gains sufficient data through waivers and Pathfinder Programs to define requirements for particular operations, the FAA should immediately move to rule-making.” For George Mathew of Kespry, “The biggest issue is that we have not automated the waiver process to fly outside of Class G airspace under the current Part 107 framework. In addition, relaxing the current framework with a Micro UAV provision would be timely and appropriate.” What inspired Stepler of Measure was that, “we had a real conversation over what we can do in the next 12 months.”

One factor that might be accomplished is “relief of the 2-for-1 Executive Order. We are an industry that needs additional regulations in order to realize the full economic benefits of this technology (UTM, Air Carrier, BVLOS regulations needed) so that we can deliver the efficiencies and increase revenue across many key sectors of our economy, from agriculture, to energy, construction and insurance and help our companies gain an edge in an increasingly competitive global marketplace,” in line with Chasen.

Mathew felt, “Overall it was a very positive step forward by this administration. We are looking forward to participating in the evolution of the drone space especially in getting ready for Industrial scale.”

In closing, maybe Stepler summed up the hopes finest, “For the US to be competitive we need to be smart in terms of our regulations. This was a collection of start ups. We cannot afford to wait around 5 or 10 years [for issues] to work themselves out.”

Frank Schroth is editor in chief of DroneLife, the authoritative supply for information and evaluation on the drone trade: it’s individuals, merchandise, tendencies, and occasions.
Email Frank
TWITTER:@fschroth
Share
Previous National Science Foundation Awards Grant for Drone Monitorin…
Next ISIS Soldiers Aren’t The Only Ones Who Brutalized Mosul’s Ci…