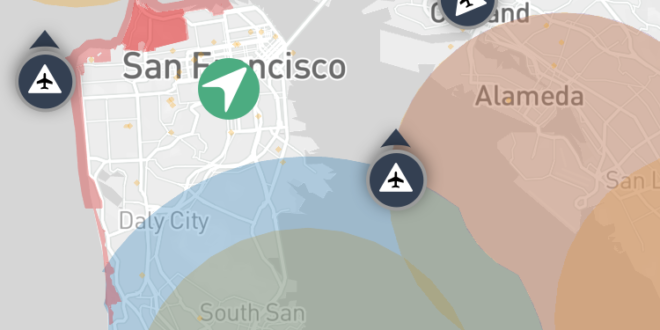 Drone-management firm Kittyhawk is hoping to live up to its aviation pioneering namesake with the launch of a new UAV air-traffic app.

Partnering with Airmap, an airspace information service provider, San Francisco-based Kittyhawk has developed an iOS app that will allow users to receive live air-traffic alerts without exiting the app.

Built on the Airmap platform, Kittyhawk’s new app – which bears the company’s name when searched in the Apple App Store – allows drone users to send a “digital notice” with data about their planned flight path to more than 150 airports and other UAV pilots.

“Kittyhawk had previously stayed away from providing in-flight intelligence, but the AirMap platform presented the right opportunity for us to work with another industry leader on creating an exceptionally useful feature,” Kittyhawk Chief Pilot Joshua Ziering said in a press release.

Other features of Kittyhawk include:

“The iOS app is the newest tool in our suite of technologies that allows people to communicate with our airspace management system,” AirMap co-founder Greg McNeal said.

“The AirMap ecosystem includes software integrations into DJI, 3DR, and Yuneec. It includes over 80 airports in the United States, including major hubs like Los Angeles International, Houston Intercontinental, and Denver International, as well as Air Force bases.”

Airmap is fast becoming a popular platform for drone-management solutions.  In May, the company released its own iOS app fueled by its proprietary Digital Notice and Awareness System (D-NAS).

The system allows drone users to transmit data to airports with real-time, digital geo-location information. Air-traffic professionals can then access the location data via the AirMap D-NAS dashboard, providing a map view of nearby drone flights.

Previous How to Travel With Your Drone: Top 5 Tips
Next Yuneec’s Breeze Flying Camera is a Breeze!