The U.S. military’s top think-tank is thinking of ways to map and track potentially harmful drones over major American cities.

Last month, the Defense Advanced Research Projects Agency announced the launch of the Aerial Dragnet program “to provide persistent, wide-area surveillance of all [drones] operating below 1,000 feet in a large city,” according to a DARPA statement.

“Commercial websites currently exist that display in real time the tracks of relatively high and fast aircraft—from small general aviation planes to large airliners—all overlaid on geographical maps as they fly around the country and the world,” DARPA program manager Jeff Krolik said in a press release.

The program’s primary focus is the protection of military troops in cities overseas; however, DARPA officials believe Aerial Dragnet could offer applications back home in mapping and tracking drone-inspired terror threats.

“Although several systems are being developed for tracking small [drones] by extending surveillance methods used in open areas where large line-of-sight buffers mitigate the threat, these systems are impractical for operation in urban terrain,” Krolik said.

To fuel the program, DARPA is seeking a few good experts in sensor technology, signal processing and network autonomy to join Aerial Dragnet.

Once the right tech for the job is determined, DARPA hopes the system can be continually updated to provide a real-time, 3D overview of urban airspace that will identify what should and should not be up in the sky.

When it comes to drone tech, however, DARPA is playing both sides of the street. Earlier this year, the agency tested three drones for its Fast Lightweight Autonomy program, launching sensor-heavy quadcopters that can fly autonomously up to 45 mph.

Officials hope the project can help “reduce the amount of processing power, communications, and human intervention needed for [drones] to accomplish low-level tasks, such as navigation around obstacles in a cluttered environment.” 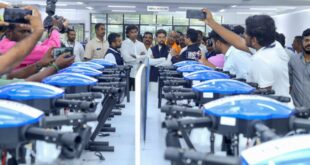 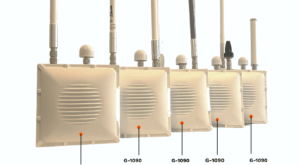 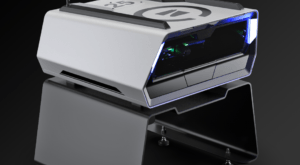